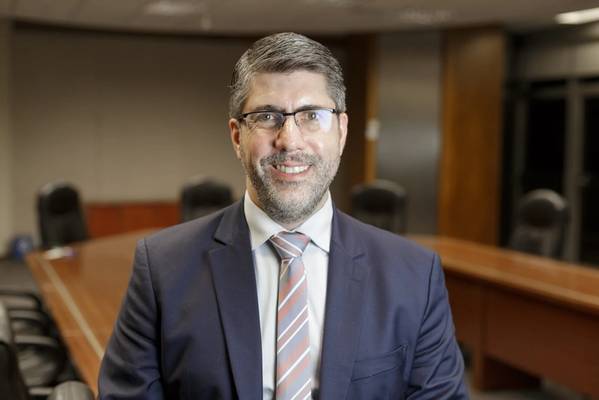 The chief compliance officer at Brazil's Petrobras is planning to step down in March, four people familiar with the matter told Reuters, in what would be the third exit by the state-owned oil firm's top corruption buster in three years.

Petroleo Brasileiro SA, as the company is formally known, has already launched a process to find a possible replacement for Marcelo Zenkner, a former prosecutor who took the job in July 2019, said one of the sources, who like the others requested anonymity to discuss confidential matters.

Zenkner said he did not want to renew his contract, which expires at the end of March, for personal reasons, the people said. Petrobras typically confirms contract renewals for its executive board at an annual shareholders meeting around April. His departure has not been made official.

Petrobras declined to comment. Zenkner did not respond to requests for comment on social media, and the company did not make him available for an interview.

Petrobras has made significant strides in its anti-corruption programs after becoming the focus of Brazil's largest graft investigation ever, known commonly as "Car Wash," in 2014.

The company created a compliance department from scratch, among other measures, after the multi-billion-dollar bribes-for-contract racket led to the indictments of dozens of high-ranking businessmen and politicians throughout Latin America.

But the compliance seat has turned over faster than other positions on the executive board.

João Elek Jr., the company's compliance chief from January 2015 until April 2018, said in a series of interviews in 2019 that Petrobras managers frequently put up roadblocks to internal investigations, which the company denied.

His successor, Rafael Gomes, stepped down amid disagreements with members of the executive board regarding corporate governance and compliance-related issues, said two sources with knowledge of the matter. Among the issues of contention was a decision pushed by Chief Executive Roberto Castello Branco to end participation in a good governance certification program set up by the Sao Paulo stock exchange, they said.

Petrobras declined to comment on the circumstances of the departure of Gomes.

Zenkner's pending exit [came] amid a busy week for executive moves at state-controlled companies in Brazil. [Last Monday] Monday, the chief executive of Brazilian state power company Eletrobras and the head of the downstream unit at Petrobras both announced plans to step down.