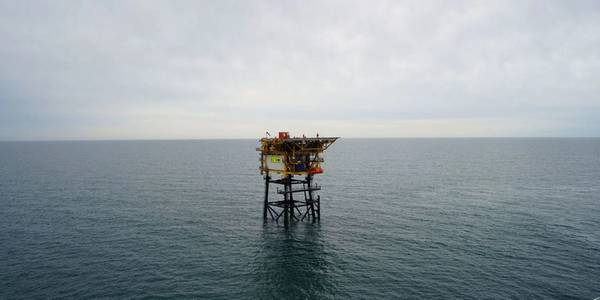 Wintershall Noordzee, a Gazprom-Wintershall Dea joint venture, has started production of the D12-B3 well, at the Sillimanite South offshore gas field in the Dutch North Sea

This gas field was discovered last year following the completion of the second Sillimanite development well which was taken into production in June 2020.

"The Sillimanite South field discovery well was directly converted from an exploration well to a production well.

“Delivery of a well directly from the exploration phase straight into the production phase is a unique performance in itself. Doing so whilst having to operate under stringent measures due to the COVID-19 pandemic makes it even more so”, says Jone Hess, Managing Director of Wintershall Noordzee B.V.

"The fact that we worked together with our own strong, dedicated team and those of Maersk Drilling, our supply-chain as well as our partners, made this possible. I am extremely proud that we delivered what we promised whilst keeping everyone involved safe and healthy. A job very well done."

After hook-up activities of the Sillimanite South production well to the D12-B production satellite platform had successfully been completed, first gas was introduced.

The D12-B satellite platform is located close to the Anglo-Dutch border in Dutch territorial waters. From there, the produced gas will be transported via the Neptune Energy operated D15-A production platform, through the NGT (Noordgastransport) gas transportation system to shore.

The unitized Sillimanite gas field stretches across the UK and the Dutch Continental Shelves in license block 44/19a on the UK side and blocks D12a and D12b on the Dutch side. A treaty between the UK and Dutch governments entered into force in July 2018. The Sillimanite South field is located entirely in block D12a. Both Sillimanite and Sillimanite South gas fields are producing from sandstone reservoirs of Carboniferous age at a depth of approximately 3700 m below sea level.