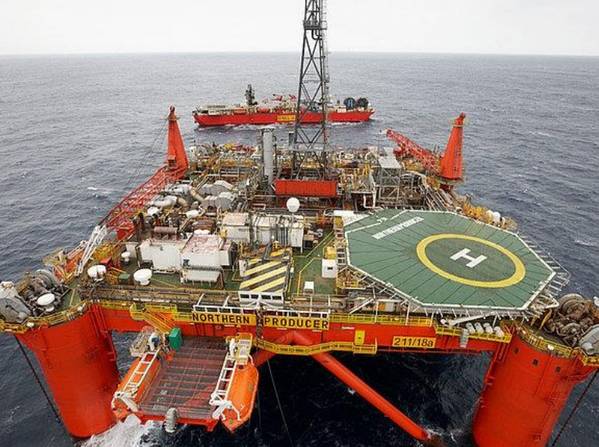 Oil and gas company Enquest, and Qualimar, the owner of the Northern Producer offshore oil platform, have recently applied for approvals to remove the semi-submersible unit from the North Sea fields, as well as for the removal of the related riser systems.

Since May 2009, the Northern Producer has provided the export route for the Don South West, Conrie Ythan, and West Don fields, located in the Northern North Sea sector of the UK Continental Shelf and operated by EnQuest.

These fields are located approximately 527km north-north-east of Aberdeen in water depths between ~165m and ~178m. The Cessation of Production documentation for these fields is currently under consideration by the Oil and Gas Authority.

The Northern Producer is operated by EnQuest Heather Limited as the duty holder but owned by Qualimar Shipping Company Limited.

The decommissioning plan includes the Northern Producer unit being used for initial decommissioning activities such as flushing or de-oiling of the subsea infrastructure and to support the implementation of positive isolations for the wells. Once these activities have been completed the vessel will depart the field. The anchors and anchor chains will be fully recovered.

The FPF will be taken off station with the assistance of anchor handling vessels (AHV) and an ROV Support Vessel (ROVSV). The activities to disconnect or sever and recover the risers, severed pipelines and associated structures, and protection and stabilization features will be completed using a ROVSV, Construction Support Vessel (CSV) or Multi Support Vessel (MSV).

All the flexible risers and pipelines associated with the Don South West and West Don infrastructure will be cleaned and flushed, with the risers and surface laid sections of the pipelines in and around the 500m safety zone being fully removed. This will remove potential snagging hazards from the area.

The wells associated with the Don South West, Conrie, Ythan, and West Don fields will not be decommissioned at this time and will be subject to a separate decommissioning program, EnQuest said in the recently filed document.

On departure, the owners of the offshore platform will pursue alternative arrangements for the redeployment of the FPF. In case no further employment is secured, the vessel will be taken to shore, dismantled, and recycled.

While the start of decommissioning activities is dependent on various factors, such as regulatory approvals and commercial agreements, it is expected that the floating production unit will sail away in early Q2 2021. Removal of risers, surface laid flowlines in and around 500m zone will follow FPF sailaway but may be deferred as a result of inclement weather forecast.

Decommissioning of the remaining installations and infrastructure that remain after the FPF has departed will be subject of separate decommissioning programs to be submitted by EnQuest, the oil company said.