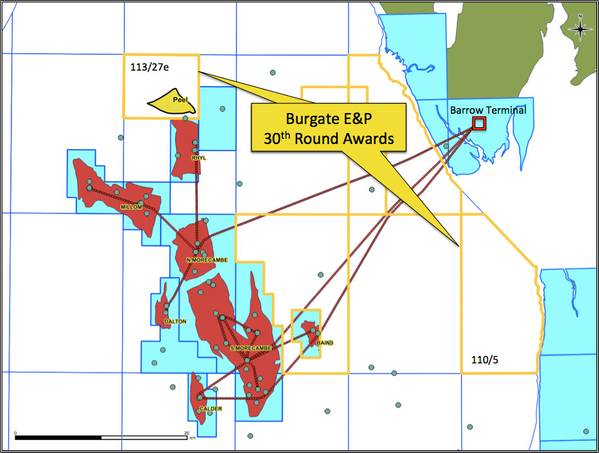 Oil company Oilex has completed the deal with Burgate to acquire a 100% participating interest in the Doyle-Peel license (P2446) in the East Irish Sea (EIS), offshore the United Kingdom ("Agreement").

The license lies on the west-dipping graben edge of the Tynwald Fault Zone on the structural trend with the Rhyl and North Morecambe producing gas fields.

Also, Oilex said that a very effective regional seal is provided by the evaporites and mudstones of the Mercia Mudstone group which attains a thickness in excess of 1,000m across the basin. Gas charge comes from the Carboniferous Coal Measures which underlie much of the basin. A secondary reservoir-seal pair is provided by the Permian Collyhurst sandstone and overlying evaporites.

"The EIS licenses provide an attractive entry into a proven gas fairway in the center of the East Irish Sea Basin.  The license is in shallow water near existing infrastructure reducing the complexity, risk and cost of development," Oilex said.

The company said that the East Irish Sea was a prolific basin that has produced around 8 TCF of gas to date "with considerable existing gas production, gathering, processing and transportation infrastructure."

The Doyle and Peel prospects are tilted fault blocks closed on the up dip east side by the north-south trending boundary fault of the Tynwald Fault Zone, which juxtaposes the reservoir against the Mercia Mudstone salts and shales forming a very effective cross fault seal. There is a clearly defined east-west fault bounding the southern extent enhanced by igneous dykes providing the seal mechanism.  The prospects both display seismic amplitude responses with similarities to the surrounding fields.
Blocks 113/22a (Doyle) and 113/27e (Doyle and Peel) have been merged into a single licence being P2446 ("P2446 Licence").  Block 113/22a was awarded in the UK Offshore 31st licensing round whereas block 113/27e was awarded in the 30th round.

The remaining committed work program, which is estimated to cost approximately £25,000, and which Oilex will need to secure funding for, required by October 2021 includes reprocessing of 50 sq km 3D seismic data, and obtaining 2,500 km Aeromagnetic data.  Following this the Licence has a three-year drill or drop election.

Managing Director of Oilex, Joe Salomon, said: "The EIS licenses provide an attractive entry particularly as they lie adjacent to existing producing fields in a proven gas fairway in the center of the East Irish Sea Basin.  The Doyle-Peel prospects have been of interest to us for some time as they have the potential to host substantial prospective resources and this acquisition and this transaction gives us a foothold in the prolific UK Continental Shelf.

The transaction to acquire a 100% participating interest in the license has a consideration of:

c)         an overriding royalty to be paid to Burgate on the following basis:

i.           0.5% of actual gross revenue from commercial production up to the point when gross capital expenditures related to the development of the license have been fully recovered from net cash flows ("Payback"); and 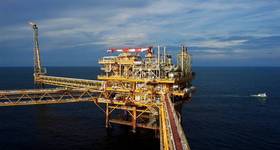