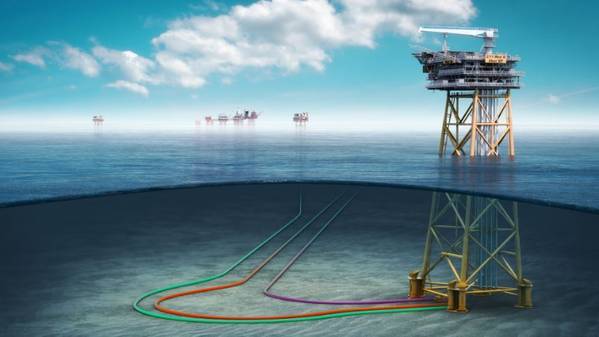 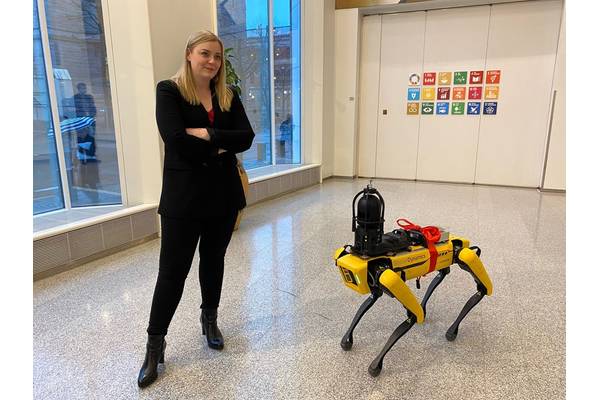 The Norwegian authorities have approved Aker BP's development and operation plan for the Hod field in the Norwegian part of the North Sea.

Aker BP submitted the plan for development and operation of the Hod offshore field to the Ministry of Petroleum and Energy in June.

The Hod field will be developed using a normally unmanned installation remotely controlled from the Valhall field center, with low CO2 emissions due to power from shore.

Robotic dog gets the approved PDO

The approved PDO for the Hod development was handed over on Tuesday by the Minister of Petroleum and Energy Tina Bru, to the Boston Dynamics developed robot dog Spot, which Aker BP has this year tested in simulated oil and gas environments to ensure that it can access locations in these facilities too difficult to access through traditional automation.

Back in June, it was Spot who, on behalf of operator Aker BP and partner Pandion Energy, submitted the Plan for development and operation to the Minister. 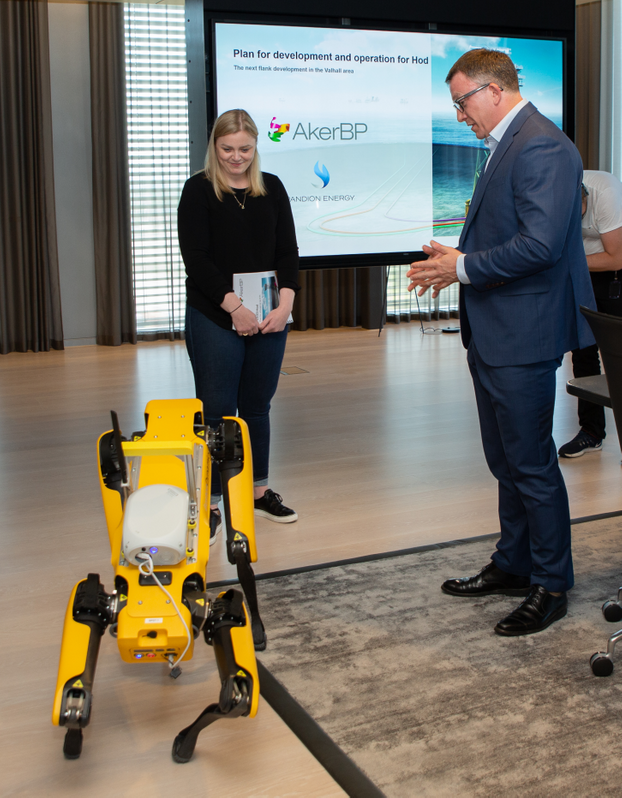 The Hod field development is one of the first projects to be realized during the temporary changes in Norwegian petroleum taxation that the Storting approved in June.

"The Hod development provides activity and jobs for suppliers located in all parts of Norway; Aker BP has already awarded 100 contracts above one million NOK to suppliers in 23 municipalities in nine counties around the country," the company said.

Aker BP in June said that total investments for the development were estimated at around USD 600 million. The production start is planned for the first quarter of 2022.

Recoverable reserves for Hod are estimated at around 40 million barrels of oil equivalents. The Hod field was in production via a dedicated unstaffed wellhead platform, remote-controlled from Valhall, from 1990 until it was shut down in 2012. There has also been limited production from the Hod field via the Valhall Flank South platform.

When the Hod wellhead platform was shut down, just 20 percent of the resources in place had been produced. 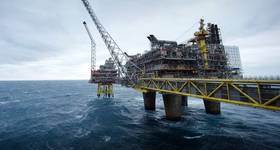 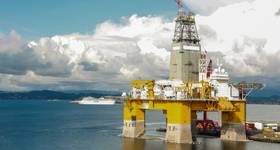