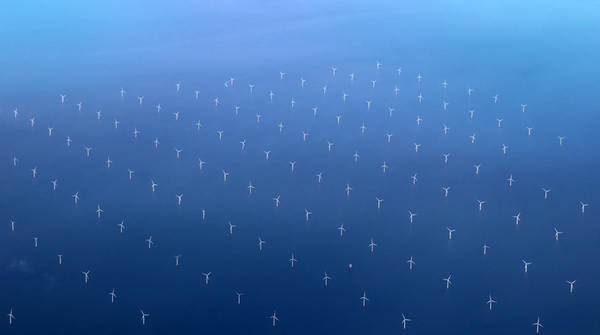 The European Union unveiled plans on Thursday to transform its electricity system to rely mostly on renewables within a decade and increase its offshore wind energy capacity 25-fold by 2050.

Renewable sources like wind and solar provide roughly a third of EU electricity today, but the EU says that share will need to expand to about two-thirds by 2030 to put the bloc on track for its plan to become climate neutral by 2050.

The European Commission said in its offshore renewable energy plan that the EU's climate change targets required 60 gigawatts (GW) of offshore wind by 2030 and 300GW by 2050, confirming draft plans reported by Reuters.

Projects would be pushed out by individual countries in the 27-nation bloc. The EU document said all seas bordering EU nations - the North Sea, Baltic Sea, Black Sea, Mediterranean and Atlantic - had potential for wind generation.

The North Sea has led the way, with Germany, the Netherlands, and Denmark, among the EU's main offshore producers.

The biggest offshore wind producer in Europe is Britain, which has left the EU. Its installed wind capacity of about 10 GW and its expansion plans were not included in the strategy.

The Commission outlined plans for 40 GW of EU wave and tidal energy by 2050, lower than a draft plan to build 60GW but still a leap from the 13 megawatt (MW) operating today.

"Our aims are ambitious, but with our vast sea basins and our global industrial leadership, the EU has all that it needs to meet the challenge," EU climate policy chief Frans Timmermans said.

The EU said it would propose rules to better coordinate countries' power grids at sea and enable offshore bidding zones for wind farms that supply power to multiple countries.

The Commission said targets could be met by using less than 3% of EU maritime space, although campaigners say expanding offshore energy should not harm marine habitats.