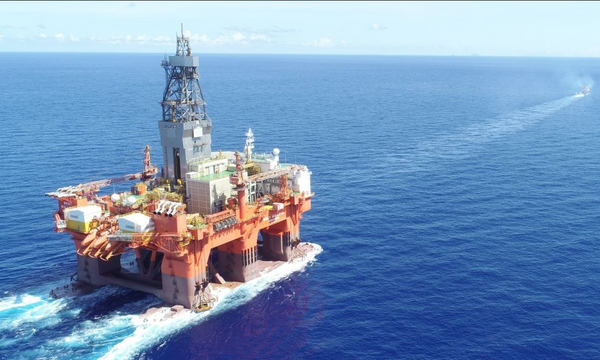 Drilling at the West Bollsta offshore rig, where a 26-ton pipe accidentally dropped on the drill floor last weekend, will not resume until the cause of the incident is identified, oil and gas firm Lundin Energy said.

As reported Monday, the incident occurred last Saturday, while the Seadrill-managed rig was in operation at Lundin Energy's Polmak project in the Barents Sea, offshore Norway.

Per the safety regulator PSA Norway, the incident happened when a riser, which was being lifted from a horizontal to the vertical position with the aid of hydraulic handling equipment, detached and fell to the drill floor.

"Said to measure 22.9 meters long, the pipe weighs 26.5 tonnes. It had almost reached vertical when it became detached from the handling equipment, skidded and fell to the drill floor," the PSA Norway, which recently warned a hike in the number of serious incidents off Norway this year, said Monday.

No restart until root cause found

Offshore Engineer reached out to Lundin Energy, the operator of the offshore license where the West Bollsta rig had just recently spudded its first well, to ask about the current status.

Lundin Energy spokesperson said:"This is a serious incident and simply should not have happened. The drilling operation on West Bollsta was stopped immediately, and will not resume until we know the root cause of the incident. Safety comes first. The rig operator Seadrill has initiated an investigation, where Lundin Energy Norway participates. In addition Petroleum Safety Authority Norway will conduct an independent investigation."

Given that the drilling operations have been halted, Offshore Engineer asked how many crew members were aboard the rig, and if the crew was expected to remain aboard during the duration of investigation.

The Lundin Energy spokesperson said it couldn't give the exact number of people aboard as Wednesday, "but normally the number is between 120-130."

"Some service personnel are now demobilized due to stopped drilling operation," the company said.

The West Bollsta, owned by Northern Ocean, and operated by Seadrill, received the acknowledgment of compliance - regulatory approval to operate in Norway - on October 6. It started drilling in the Barents Sea for Lundin Energy on October 10.

This is the rig's first-ever well, and Polmak is the first of three high impact exploration prospects expected to be drilled by the company in the Barents Sea during the fourth quarter of 2020. It is not yet clear if the incident would lead to a change of drilling schedule for the other wells.

Lundin has previously said that the three wells will be targeting gross unrisked prospective resources of over 800 MMbo.

Overall, the Hyundai-built West Bollsta drilling rig, delivered in 2019, has a $200 million, 10-well contract with Lundin in Norway, with 4 additional option wells available.

Earlier this month, Lundin Energy boosted its presence in the Norwegian north through the acqusition of Barents Sea assets of Idemitsu Petroleum for $125 million.