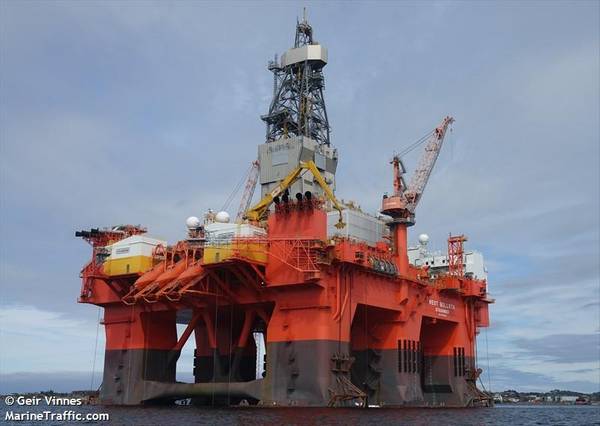 The Norwegian oil and gas safety body PSA Norway has launched an investigation into an incident that occurred last weekend aboard the West Bollsta semi-submersible drilling rig, just a week after the rig had started drilling its first-ever well.

The Petroleum Safety Authority Norway Tuesday that the incident took place on October 17, 2020, when a part of a riser fell from the handling equipment during lifting.

The rig, owned by Northern Ocean, and operated by Seadrill, received the acknowledgment of compliance - regulatory approval to operate in Norway - on October 6. It started drilling in the Barents Sea for Lundin Energy, on October 10.

According to the safety body the incident happened on West Bollsta’s drill floor during the lifting of a riser from a horizontal to the vertical position with the aid of hydraulic handling equipment.

"Said to measure 22.9 meters long, the pipe weighs 26.5 tonnes. It had almost reached vertical when it became detached from the handling equipment, skidded and fell to the drill floor," the PSA Norway said.

Per the PSA, the area was reportedly cordoned off, and no personal injury has been reported as a consequence of the incident.

"The PSA regards the incident as serious, and an investigation team drawn from its specialist staff is now starting work," the PSA said.

Worth noting, the incident comes just days after the PSA said the growing number of incidents in Norway this year was making it feel "uneasy."

"A disquieting rise in serious incidents reported to the PSA has been registered in 2020," the PSA said last week.

Per the regulator, figures to September end showed more than 50 serious incidents – twice as many as in the same period of last year and more than four times the 2018 total, leading to a record number of PSA investigations.

Worth noting, the PSA Norway last week launched a probe into a well incident on Neptune Energy's Gjøa offshore field in the North Sea, which happened on September 20, when the drill string became stuck fast and blocked the blowout preventer (BOP). 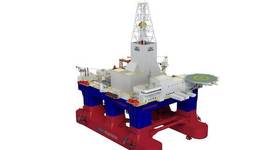