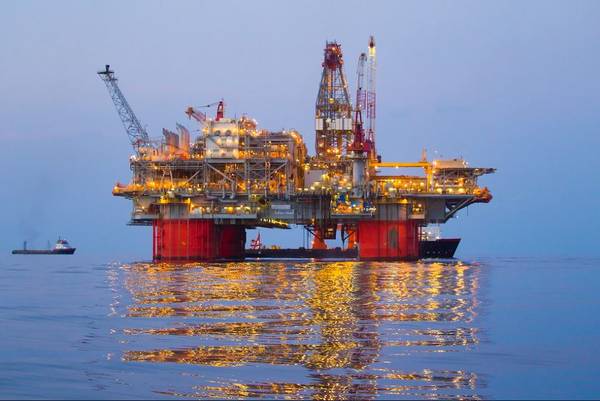 Hurricane Sally crawled offshore along the U.S. Gulf Coast on Wednesday, moving away from oil fields while soaking the region with heavy rains that could damp fuel demand in the U.S. southeast.

The hurricane has shut more than a quarter of U.S. offshore Gulf of Mexico oil and gas production and stirred heavy seas that closed ports from Louisiana to Florida. It moved at a snail's pace toward a Wednesday landfall on the coast between Mississippi and Florida.

While Sally's intensity lessened, it remained a Category 1 hurricane with 85 miles per hour (140 kmh) winds. Oil and chemical ports along the Mississippi River were moving to reopen with restrictions and some offshore operators were preparing to return workers to offshore platforms on Thursday.

Nearly 500,000 bpd of offshore crude oil production and 759 million cubic feet per day (mmcfd) of natural gas output were shut in the U.S. Gulf of Mexico, according to the U.S. Interior Department.

Crude oil prices were higher in Asian trading on Wednesday, extending the day-earlier's gains on shut-ins and an industry report forecasting a drop in U.S. crude stockpiles. Oil futures rose about 1.5% after trading up more than 2% on Tuesday.

The National Hurricane Center warned Sally could drop 10 to 20 inches (25-50 cm) of rain and up to 30 inches in some spots. It warned of life-threatening flash flooding along the coast between Mississippi and the Florida Panhandle.

Sally's slow crawl will continue after landfall and leave as much as 6 inches of rain through Friday as far inland as Atlanta, said Jim Foerster, chief meteorologist at weather data provider DTN. "It's going to be a catastrophic flooding event" for much of the southeastern United States, he said,

Rain will spread across Alabama, Georgia and South Carolina by Friday, forecasters said, cutting into travel and damping fuel demand in the southeast.

U.S. gasoline stocks rose by 3.8 million barrels last week, according to data released on Tuesday by trade group American Petroleum Institute, above analysts' expectations in a Reuters poll for a draw of 160,000 barrels.