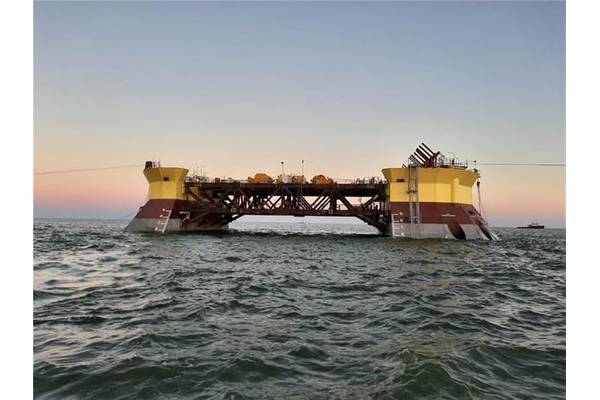 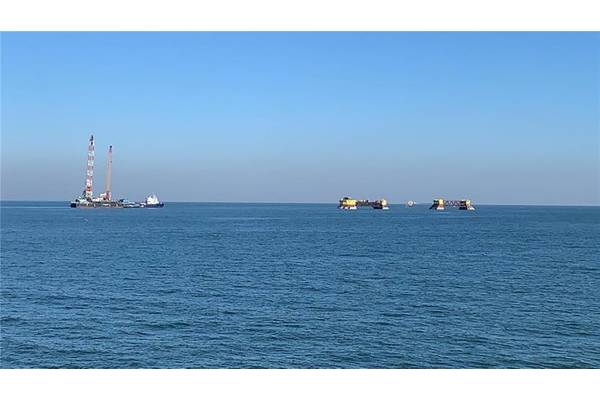 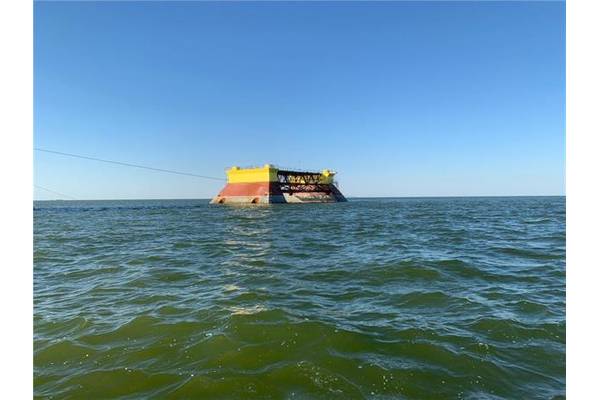 Russian oil company Lukoil said Tuesday it had installed the jackets of the fixed ice-resistant platform at the V.I. Grayfer field in the Caspian Sea.

Ahead of being shipped to the offshore location, the 3,700+ tonnes heavy jackets were moved aboard the cargo pontoon "Rahman Sharifov" and floated off. The fleet navigated to the offshore installation site via the Volga-Caspian seaway canal for five days.

According to Lukoil, the offshore operations involved more than three hundred workers.

Lukoil began the construction of the platform jackets in August of 2018.

"A shipyard in Astrakhan that built and assembled the structure applied a special Russian technology of hull metallization which guarantees long-lasting operation of the substructure and prevents corrosion in the North Caspian environment," Lukoil said.

The Russian company plans to mount topsides of the accommodation block and the ice-resistant platform on the jackets in 2021.

The start of production at the field is scheduled for 2022. The field's annual planned production rate is 1.2 million metric tonnes of oil.