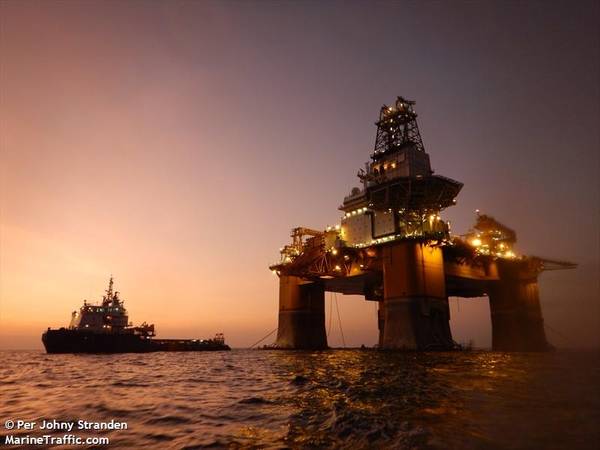 Norwegian offshore oil and gas drilling contractor Odfjell Drilling is stepping out of the comfort zone and into the offshore renewables space.

The company, which provides drilling rigs for oil and gas companies, on Thursday announced its investment in Oceanwind AS, a company working on developing harsh environment floating offshore wind turbines.

Odfjell Drilling plans to achieve a controlling position, subject to the successful completion of the contemplated equity tranches.

Simen Lieungh, CEO of Odfjell Drilling said: "With the discovery of Ekofisk in 1969, Norwegian industry players asked themselves how to take advantage of the business opportunities ahead. In 1971, Rederiet Odfjell made the final investment needed to complete the first floating drilling rig design ever created in Norway. This was the beginning of what we now recognize as Odfjell Drilling. I believe we are in a similar situation today."

He said his company's objective was to create value for shareholders and society "by leveraging almost five decades of competence in operating floating assets in harsh environments to develop a solid concept within offshore wind together with Oceanwind’s founders."

"I hope this day is the beginning of a new chapter, and another major milestone in the company’s history,” Lieungh said.

Oceanwind Founder Jon Erik Borgen and CTO/Founder Eystein Borgen said in a statement: "We are very pleased and honored to have joined forces with Odfjell Drilling. With their long tradition and impeccable track record as a high-quality operator of drilling units, it was easy for us to knock on their door. For many years, our goal has been to harvest green energy offshore.  In 2001, as founders of SWAY, we initiated the game-changing technology for floating offshore wind turbines. Almost twenty years later we have decided to enter the business of owning and operating such assets and become an important contributor to the reduction of fossil fuel emissions."

“Odfjell Drilling is known for operating with the highest safety standards and for having a very strong and competent in-house team covering all aspects of floating asset management, including technical, operational, and commercial capabilities. This meets Oceanwind’s goals as a future owner and operator of floating assets,” says CEO/Founder Geirmund Aasbø of Oceanwind.

Odfjell Drilling said the move was an important step in the strategy towards “zero-emission drilling.”

"Since 2015, the company has invested countless hours to optimize rig operations from an energy-saving perspective. By reviewing operational procedures and introducing new battery and hybrid technologies, emissions from our drilling operations can be significantly reduced.  However, reaching zero requires an alternative to fossil fuels as the primary energy source," the drilling company said.

“Developing solutions to connect our rigs to offshore wind installations is one possible road to zero-emission drilling. With ownership in Oceanwind, we are well-positioned to make it a reality,” says Per Lund, EVP Technology & Sustainability of Odfjell Drilling. 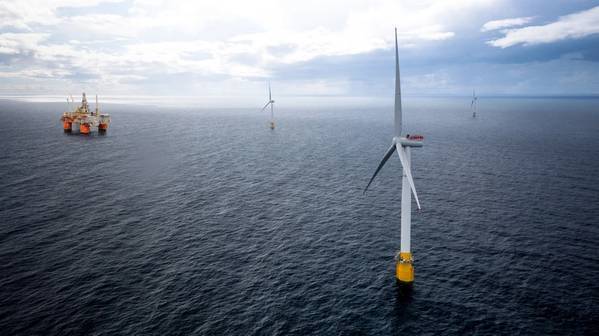 Worth noting, Norway - Europe's second-largest oil producer - does not have any offshore wind turbines installed on its shelf, however, there are projects in the pipeline, such as Equinor's Hywind Tampen, that will change that.

The Hywind Tampen is a floating wind farm development, sanctioned by Equinor in October 2019, which will be used to offshore power oil and gas platforms, in what will be the offshore oil and gas industry's first.

The wind farm will be located some 140 kilometers from shore in 260-300 meters of water between the Snorre and Gullfaks platforms.

The wind farm will consist of 11 wind turbines based on the Hywind technology developed by Equinor. The 8 MW turbines will have a total capacity of 88 MW, capable of meeting about 35% of the annual power demand of the five Snorre A and B, Gullfaks A, B, and C platforms.

One of the reasons for the lack of offshore wind farms on the Norwegian coast is the fact that, basically, there's no need for them, at least not when it comes to the domestic electricity consumption, as hydropower accounts for almost the whole of the Norwegian power production.

However, this does not mean that Norway, through is companies, is a total newcomer to offshore wind. Namely, a couple of hundred kilometers from the Norwegian coast, in the UK, Equinor operates several offshore wind projects.

Apart from the three wind farms in operation, Equinor is also set to build what has been dubbed the world's largest wind farm - the 3.6 GW Dogger Bank Project, aimed to be developed in three 1.2GW phases. Earlier this week, Equinor signed agreements to extend Sheringham Shoal, Dudgeon lease areas, which will eventually lead to those areas doubling their electricity generating capacity.

From oilfield services to wind 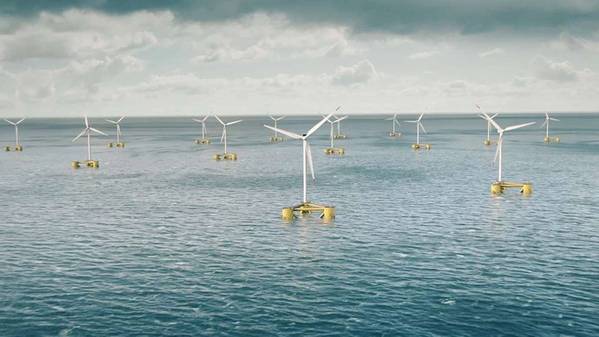 A prime example is Subsea 7. With the oil and gas contracting situation shrinking in the past few months due to low oil prices and E&P companies delaying or canceling projects to preserve cash due to the low oil prices, Subsea 7 managed to bring in $2 billion in new orders during the second quarter.

What is interesting to highlight is that out of the $2 billion awarded in the quarter, $1.7 billion came from the offshore renewables sector, mainly the offshore wind space.

The company last month agreed to merge with offshore construction services firm Kvaerner, but before the merger, it decided to spin off its wind development business and the carbon capture technology business in two separate firms.

Aker Solutions said the offshore wind and carbon capture businesses would be better off as standalone businesses than as integrated with oilfield services. They are expected to be admitted to trading on Merkur Market on the Oslo Stock Exchange.

Øyvind Eriksen, Chairman of Aker Solutions said at the time that it had become increasingly clear that these businesses - offshore wind and CCUS - represented value creation opportunities "in a world transitioning to green solutions at accelerated speed and have more potential as stand-alone companies than as an integrated part of an oil service business."