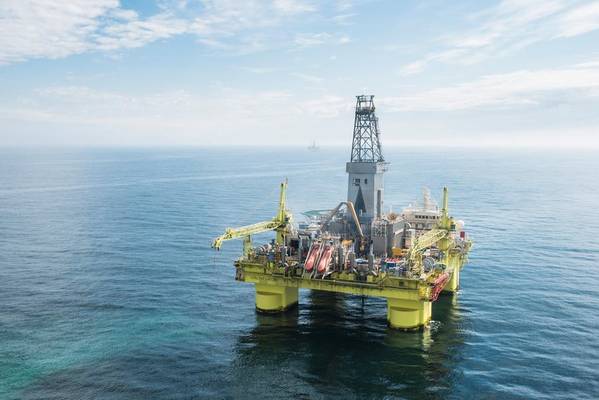 Offshore drilling contractor COSL has signed a drilling rig contract with oil company Chrysaor, following a letter of intent signed more than a month ago.

The contract is for the COSLInnovator semi-submersible drilling rig to be used for drilling of two wells in Norway next year. The rig will be put into operation at Licence PL 973 where Chrysaor is operator and owner together with its partners Okea and Petoro.

Chrysaor will use the rig to drill wells at the Jerv and Ilder prospects. COSL did not share the financial details of the contract.

According to COSL, the COSLInnovator has been kept in operational condition («ready to drill») for a long period of time. The offshore drilling company said it has invested in green technology to lower emissions and improve fuel efficiency to make its rigs more attractive.

COSL said that these investments and the fact that the rig has been given a contract in itself help to increase interest and could lead to new assignments in the future.

Frank Tollefsen, CEO of COSL Drilling Europe said: "We have been focused on delivering what the market expects in the future when it comes to modern and efficient rigs. We have installed an advanced system for energy control. This will provide an emissions reduction of up to 25 percent based on already very low levels. This means that we are leading the way for the rest of the rig industry," Tollefsen says.

As mentioned earlier, the contract confirmation with Chrysaor comes after COSL more than a month ago said it had signed a letter of intent for the COSLInnovator with, at the time, unnamed operator.

COSL at the time said the rig was expected to start drilling in the North Sea drilling 2-3 wells early in 2021. When the LoI report was made, Bassoe Offshore estimated the dayrate for the potential contract to be around $180,000 per day.