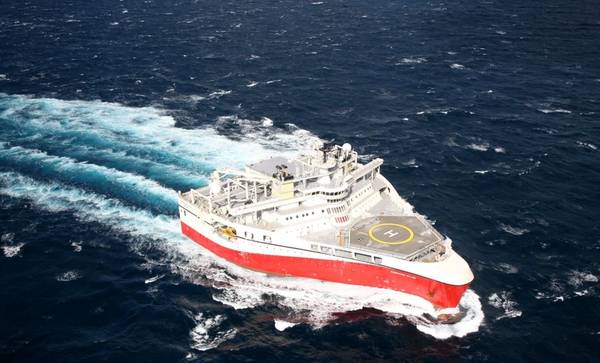 Seismic surveyor TGS's unsolicited cash offer of $600 million for part of rival PGS sent its shares up as much as 67% in early trading on Friday.

PGS's board, responding to the proposal, said it would announce its view before the offer expires on Aug. 16.

Sven Boerre Larsen, who heads TGS’s business development and acquisitions team, said: "If this transaction is made, we would seek to raise up to $400 million in a share issue." TGS will also borrow $200 million, he said.

"It's essential for the seismic industry to consolidate in order to reduce unit costs and obtain greater economies of scale," Larsen told Reuters.

Suppliers to the oil industry have been hit hard by weak crude oil prices as energy companies rein in spending, including for exploration for new oil and gas deposits.

"We are currently in a very weak market," Larsen said.

TGS said in its statement on Thursday that its proposal would give PGS enough cash to repay a $135 million debt facility due next month.

While TGS' strategy has been one of renting the ocean going vessels used to obtain seismic data, PGS has had an integrated approach of owning its own ships - leaving the company more exposed at a time of weak oil prices.

TGS would also commit to renting vessels from PGS for future data collection.

"We see a strong complement between our existing business and the PGS data library and the opportunity to leverage our expertise and scale to improve returns," TGS Chief Executive Kristian Johansen said.

"Concurrently, a refocused and refinanced PGS will be a world-leading and highly innovative provider of acquisition technology and marine acquisition capacity," he added.

PGS last month said it was seeking to preserve liquidity while talking to creditors to seek an extension to the September repayment deadline and amend debt covenants.