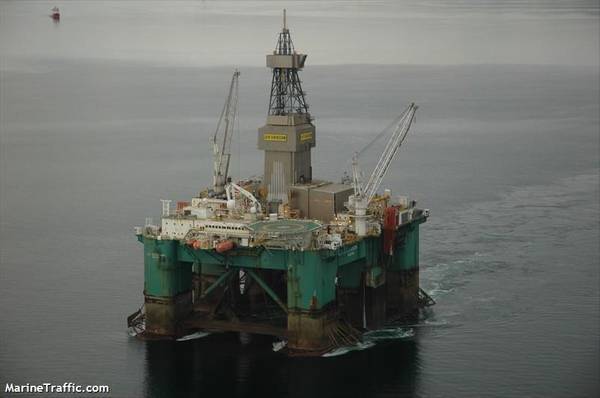 The Norwegian Petroleum Directorate said Wednesday that Spirit Energy Norway, as the operator of production license 780, was in the process of concluding the drilling of wildcat well 16/1-33 S using the Transocean Leiv Eiriksson semi-submersible drilling rig.

The well was drilled about 5 kilometers north of the Ivar Aasen field in the central part of the North Sea, and about 200 km west of Stavanger.

The objective of the well was to prove petroleum in reservoir rocks in the Middle Jurassic (Sleipner Formation) and the Upper Triassic (Skagerrak Formation).

"The well encountered the Sleipner Formation with a thickness of about 205 meters, with 85 meters of aquiferous sandstone layers of moderate to very good reservoir quality. The Skagerrak Formation came in at a thickness of about 75 meters, with a total of 15 meters of aquiferous sandstone layers with moderate to good reservoir properties. The well is dry. The well was not formation-tested, but data acquisition was carried out," the NPD said.

This is the first exploration well in production license 780. The license was awarded in APA 2014.

The well 16/1-33 S was drilled to respective vertical and measured depths of 3042 and 3158 meters below sea level and was terminated in the Skagerrak Formation in the Upper Triassic.

The water depth at the site is 116 meters. The well will now be permanently plugged and abandoned.

Rig moves to the Norwegian Sea

The Leiv Eiriksson drilling rig will now proceed to drill wildcat well 6507/4-1 for ConocoPhillips. The well is located in the production license 1009 in the southern part of the Norwegian Sea, where ConocoPhillips Skandinavia AS is the operator

The drilling program for well 6507/4-1 relates to the drilling of a wildcat well. ConocoPhillips Skandinavia AS is the operator of the block with an ownership interest of 65 percent. The other partner is Poland's PGNiG. The well will be drilled about 27 kilometers southwest of the Skarv field.

This is the first exploration well to be drilled in the license.

It's not all dry well news this week in Norway. Namely, Neptune Energy on Tuesday said that it had made Norway's largest discovery of the year (so far) with its Dugong well.

After announcing preliminary results in July, the Neptune Energy on Tuesday confirmed the commercial discovery of oil at the Dugong well (PL882) in the North Sea.

The volumes are estimated to be in the range of 6.3 – 19.0 million standard cubic meters (MSm3) of recoverable oil equivalent, or 40 – 120 million barrels of oil equivalent (boe).

The discovery will be considered for tie-in to nearby infrastructure.

The well was drilled by the Deepsea Yantai semi-submersible drilling rig, which will now move to drill production wells in production license 153 on the Gjøa field in the northeastern part of the North Sea, where Neptune Energy Norge AS is the operator.