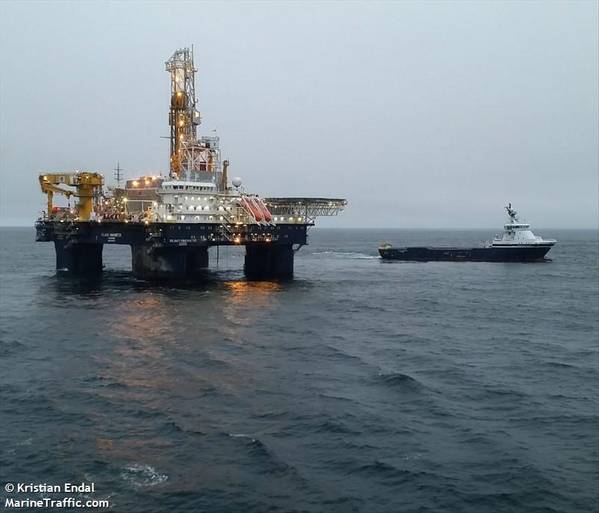 Oil and gas company OMV has reduced the size estimated of its Hades gas/condensate discovery made in 2018 in the Norwegian Sea, following the drilling of an appraisal well.

The company had previously estimated that the size of the discovery between 3 and 23 million standard cubic meters (Sm3) of recoverable oil equivalents, corresponding to a range of around 19 and 144 million barrels of oil equivalent.

However, the Norwegian Petroleum Directorate said Tuesday the estimate has been lowered following the drilling of the appraisal well 6506/11-12 S on the 6506/11-10 (Hades) gas/condensate discovery.

The objective of the well was to delimit the gas/condensate discovery in the Lange Formation toward the southwest, reduce the uncertainty associated with the resource estimate, and to conduct a formation test.

The well, drilled in the Norwegian Sea, 240 kilometers northwest of Kristiansund, encountered an interpreted gas column of about eight meters in the Lange Formation, with sandstone layers totaling about 83 meters with variable reservoir properties from poor to moderate. The gas/water contact was not directly encountered.

"The operator's preliminary estimate of the size of discovery 6506/11-10 (Hades) is between 2 and 7 million standard cubic metres (Sm3) of recoverable oil equivalents," the NPD said. In oil barrels equivalent, the estimate has been reduced to between 12.5 million and 44 million barrels.

The appraisal well was drilled to a measured depth of 4150 meters and a vertical depth of 4062 meters below sea level. Water depth at the site is 433 meters. The well will now be permanently plugged and abandoned.

The well was drilled by the Island Innovator semi-submersible drilling rig, which will now proceed to Hanøytangen shipyard.