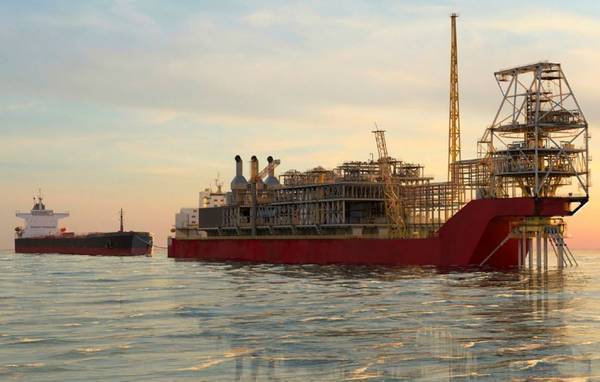 Australia's Woodside Petroleum said on Tuesday it is considering blocking Russia's Lukoil from becoming a partner in the $4.2 billion Sangomar oil project, which it could do by increasing its stake in Senegal's first oil development.

Woodside, 35% owner and operator of the Sangomar project, has a right to match Lukoil's $400 million offer to buy Cairn Energy's 40% stake in the Rufisque, Sangomar and Sangomar Deep (RSSD) contract area off Senegal. Lukoil's offer was announced on Monday.

Woodside previously said it might consider increasing its stake in the Sangomar project if its partners, including Australia's FAR Ltd, put their holdings in the joint venture up for sale.

"Woodside will consider all its options," a spokeswoman for the firm said on Tuesday in emailed comments.

She said the agreement by Lukoil to buy Cairn Energy's assets in Senegal was "subject to joint venture (JV) and government approvals."

Lukoil is on a U.S. list of sanctioned Russian firms, including for transactions related to deepwater oil projects.

"We think Woodside is interested in increasing its stake in Sangomar and may prefer a different JV makeup, so may seek to pursue rights to pre-empt or challenge the sale," said Credit Suisse analyst Saul Kavonic.

FAR is also looking to sell all or part of its 15% stake in Sangomar as it has been unable to line up financing for its share of the project. It has said there has been good interest in its stake.

"All is going well at this point in time," FAR's spokeswoman said on Tuesday. She declined to say when FAR might seal a sale or whether Lukoil was involved in the process.

Woodside had no immediate comment on whether Lukoil being on the U.S. list of sanctioned Russian firms would have any impact on the joint venture.

Analysts said Cairn fetched a higher-than-expected price from Lukoil for its stake in the Senegalese oil development.

"It looks like management has negotiated a decent price," RBC analysts said in a note.