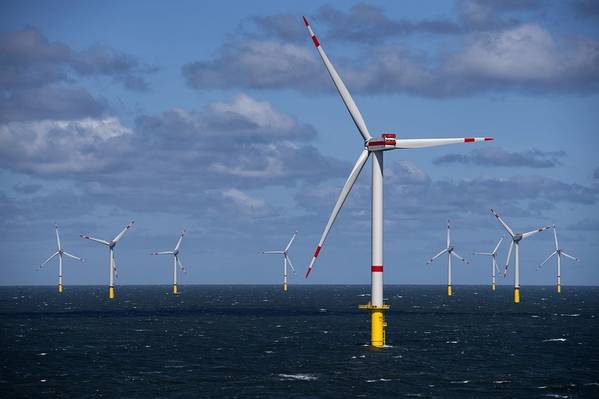 Since then, the company has been awarded a  number of additional onshore service contracts for Senvion turbines, and now the first offshore contract is added to the Siemens Gamesa service fleet.

The installation of the 32 Senvion 6.33-MW turbines at the Trianel Windpark Borkum II (TWB II) was completed recently completed by Jan De Nul.

TWB II has a total output capacity of 200 MW and produces clean energy for around 200,000  households per year. It is located 45 km north of Borkum. The wind park is owned by 20 municipal utilities and municipal companies from Germany and Switzerland.

Under the contract, the maintenance will start on August 1, 2020. It covers full scope service for five years and includes fixed extension options. The operational base for the service campaigns will be Borkum.

Paulina Hobbs, CEO of the Service Business Unit in North Europe and Middle East at Siemens Gamesa, says: “I am thrilled to be including this contract in the service portfolio of Siemens Gamesa Renewable Energy in Germany.  This is a step into the future for us, where servicing other brands’  offshore turbines will become as much business as usual for us as servicing our own. We want to show the market we are an offshore service market leader - despite who is the manufacturer.”