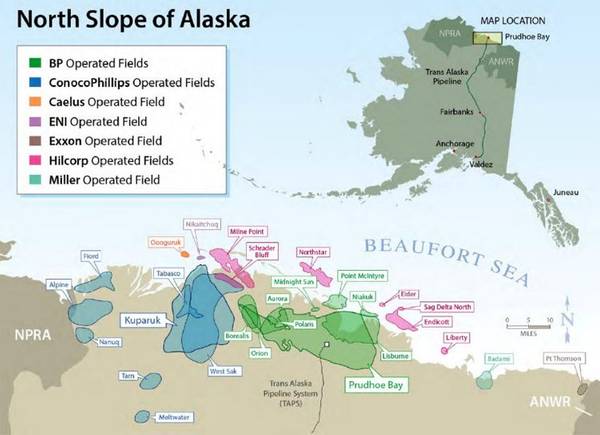 Alaskan officials on Monday approved BP Plc's sale of its oil and gas leases in the state to closely held Hilcorp Energy Co. as part of a previously announced $5.6 billion deal.

BP last year agreed to sell its Alaskan properties, including interests in the Prudhoe Bay oilfield and its nearly 50% stake in the 800-mile (1,300-km) Trans Alaska Pipeline, to Texas-based Hilcorp.

The agreement was revised in April to extend the closing date and allow $1.6 billion to be paid from future earnings.

Officials in Alaska's departments of Natural Resources and Environmental Conservation ruled the sale of BP's 176 North Slope leases is good for the state.

"The transfer of these leases and facilities both protects and advances Alaska's interests," Natural Resources Commissioner Corri Feige said in a statement.

The sale involves "some risk and potential liability to the state," but its benefits outweigh the risks, commissioners wrote in a due-diligence memorandum.

The lease portion of the sale could be completed on Tuesday, said BP spokeswoman Megan Baldino.

Hilcorp did not reply to a request for comment.

Still pending is state approval of BP's near-half ownership in the Trans Alaska Pipeline System, which runs from Pruhoe Bay in the north to Valdez on Alaska's southern coast. A decision by the Regulatory Commission of Alaska is expected in September, officials said.

Hilcorp has a record of buying and rejuvenating aged fields while reducing expenses and can apply those skills to North Slope fields, the due-diligence memorandum said.

Alaska North Slope production peaked in 1988 at 2 million barrels per day (bpd). In part due to coronavirus-related reductions, June production averaged 390,830 bpd, with 286,098 bpd from Prudhoe Bay and satellite fields, according to state data.

(Reporting by Yereth Rosen in Anchorage; Editing by Kenneth Maxwell)