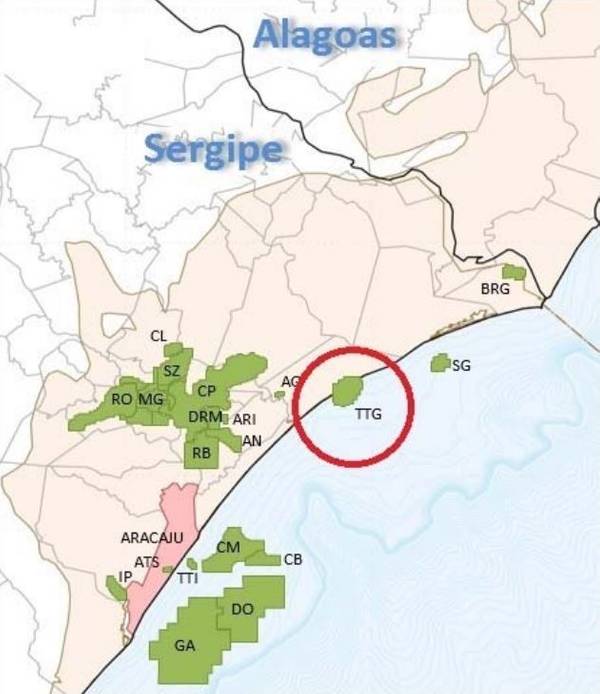 Brazilian oil company Petrobras has put up for sale its stake in the Tartaruga field in the shallow waters of the Sergipe Alagoas basin.

The Tartaruga field is located in Area SES-107D Concession, in which Petrobras holds a 25% stake, with Maha Energy holding the remaining 75% Participating Interest.

Petrobras is looking to sell its whole stake in the field, with existing integrated facilities.

The Tartaruga Field is located on the north coast of the state of Sergipe, near the municipality of Pirambu. It has been in production since 1994.

While the field is offshore, the production facilities are located onshore, producing from directional wells.

Average production, from January until May 2020 was of approximately 580 bbl of oil/day. Petrobras said there was potential to increase production. Volume in place is estimated at 21.63 million barrels of oil.