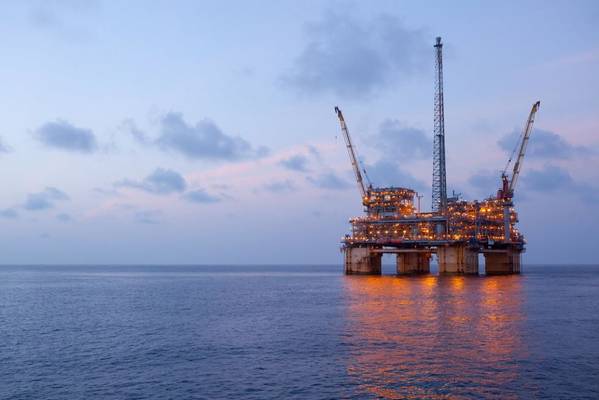 About 31%, or 575,541 barrels per day (bpd), of offshore crude oil production remain[ed] shut in the U.S.-regulated Gulf of Mexico on Tuesday following the passage of Tropical Storm Cristobal, the U.S. government said.

About 33%, or 898.32 million cubic feet a day (cfd), of offshore natural gas output remains shut in the U.S. Gulf after the storm's passage ashore, the U.S. Bureau of Safety and Environmental Enforcement (BSEE) said.

On Monday, 34% of crude oil production and 35% of natural gas output was shut, according to BSEE.

In total, the storm has shut in 2.5 million bpd and 3.5 billion cfd of natural gas production since Saturday, according to BSEE.

Cristobal formed on June 1, struck the Mexican coast and then passed north to make landfall in southeast Louisiana on Sunday. Currently, Cristobal, now considered an extratropical depression, is passing over Missouri, according to the U.S. National Weather Service.

Ten refineries in Louisiana and Mississippi, with a combined production capacity of 2.7 million bpd, or 14.5% of national capacity, remained in operation throughout the storm’s passage over the Gulf Coast, sources familiar with operations and companies said.

U.S. Gulf of Mexico waters account for about 15% of total U.S. crude production and 5% of U.S. natural gas output, according to the U.S. Energy Information Administration.