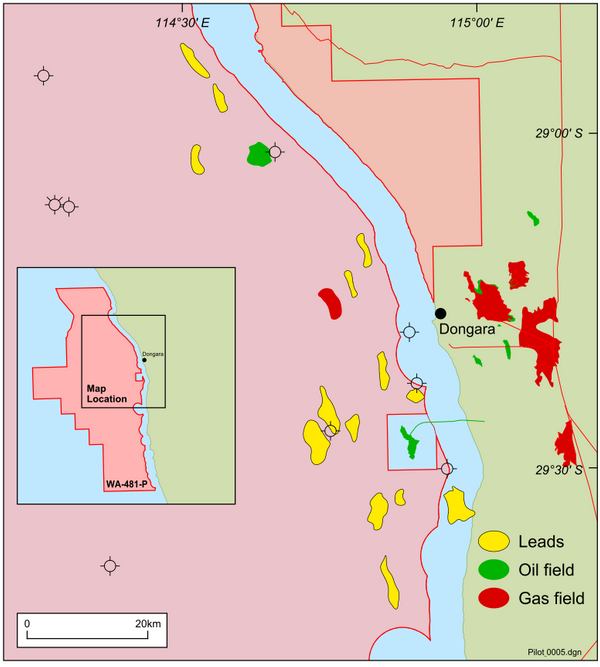 Oil and gas company Red Emperor Resources NL will not be exercising its option to acquire a 70% operated interest in the Perth Basin exploration permit, WA-481-P, offshore Australia

The company had in late 2019 agreed to fund the completion of an existing committed work program - comprising geological and geophysical studies - for the final year of the existing permit term, up to a capped amount of A$150,000.

The existing JV partners, Pilot Energy Limited - 60% interest and Key Petroleum Limited - 40% interest, together with Red Emperor, then formally applied to the National Offshore Petroleum Titles Administrator (NOPTA) for a renewal of the permit, which expired on 19 February 2020.

"NOPTA recently advised the joint venture partners that their renewal application was successful, however Red Emperor has decided not to exercise its option, which expired at midnight on Friday, 5 June 2020," Red Emperor said Monday, without providing the rationale behind the decision.

"The Company continues to conduct high-level due diligence on a number of projects around the world and looks forward to updating its evaluation of such opportunities as they progress," it added.

According to info on Pilot Energy's website, the offshore block WA-481-P covers a very large area over the offshore extension of the Northern Perth Basin, "on trend with numerous oil and gas discoveries."

The primary petroleum plays are for oil and/or gas within the Dongara Sandstone and the Irwin River Coal Measures. Both oil and gas are proven within the permit, with the Frankland gas and the Dunsborough oil discoveries representing 2C contingent resources of 39 Bcf gas and 5.4 MMBbls oil respectively.