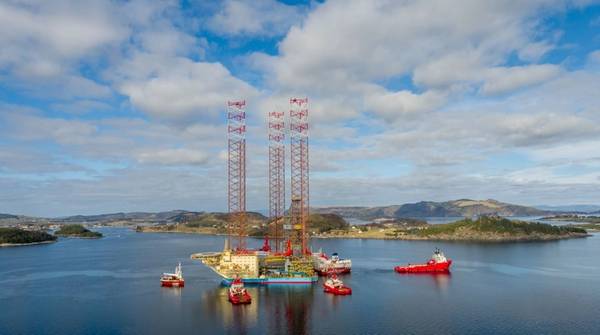 Norwegian oil company Aker BP has secured consent from the Petroleum Safety Authority Norway to use the Maersk Invincible jack-up rig on its Valhall field in the North Sea, offshore Norway.

The consent is for the use of the Maersk Invincible rig for plugging and removal work at Valhall DP drilling platform.

"Production from Valhall DP is to be shut down over the next few years. As of today, one well is in production. This consent applies to plugging and removal works for four wells," the PSA Norway said Thursday.

Aker BP is plugging the Valhall wells as part of the work to modernize the Valhall field center, where three original platforms from when the field started producing in 1982 – QP, DP and PCP – are planned for removal.

Offshore installation and decommissioning firm Allseas in April won a contract for the removal and disposal of multiple topsides and jackets from the Valhall area. Allseas will use its flagship Pioneering Spirit heavy lift vessel for the job.