Conrad: Mako Discovery One of 'Largest Ever' in West Natuna Basin 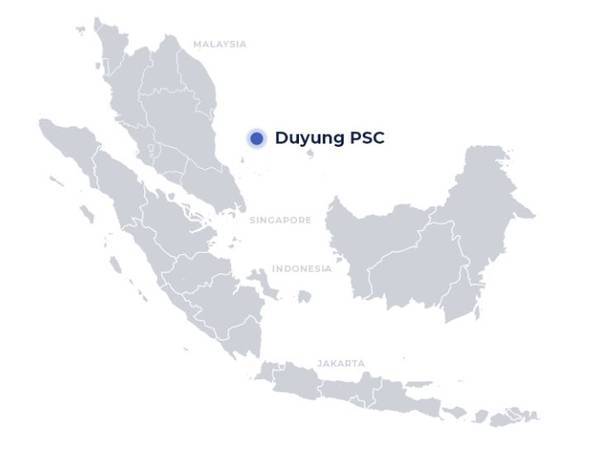 Conrad Petroleum, the operator of the Duyung offshore block in Indonesia containing the Mako gas field, has said that an independent resource audit has shown that  Mako is one of the largest gas fields ever discovered in West Natuna Basin.

Following the drilling campaign completed in late 2019, Conrad carried out an internal, comprehensive field review that was concluded in April 2020. The review covered all subsurface and surface aspects of the development of the field and indicated significantly higher overall
resource volumes than previous estimates, along with the potential for considerably higher daily production rates of high-quality dry gas.

"With the latest upgrade, Mako has been shown to be one of the largest gas fields ever discovered in West Natuna Basin, and is currently by far the largest undeveloped resource in the immediate area," Conrad said Tuesday.

Miltos Xynogalas, CEO, commented: “The GCA audit results are extremely gratifying not only because they confirm the large resources of the Mako Field, but also because they endorse the high-quality technical work performed by Conrad. Over the last three years, the company drilled
three successful wells and undertook numerous rigorous technical studies.

"Our efforts, supported by our joint venture partners, have proven the high value resources of the Mako accumulation and have brought the field closer to development. It is a tremendous achievement for a relatively
young company such as Conrad to be able to identify and mature almost 0.5 Tcf of gas resources at Mako, resources that lie close to existing infrastructure and well-established gas markets. The Company is now positioned to take the project to FID, the next and very critical milestone in our road map to production.”

David Johnson, Executive Chairman, said: “Mako has the potential to deliver gas to address both the aspirations of the Indonesian government and pipeline gas needs of the Singaporean market. We look forward to the development of a domestic Indonesian market for West Natuna gas and
are excited to work with Singapore to extend the fruitful partnership between Indonesian-based West Natuna producers and Singapore-based gas users.”