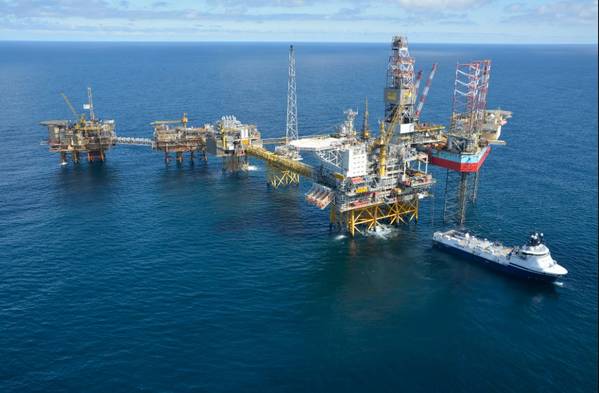 Commodities trader Trafigura has seized the moment and taken a rare dominant position in the North Sea crude market over the past two weeks as oil demand jumped, trading sources said.

A combination of OPEC-led global production cuts, cheap freight rates, and oil stuck in floating storage sent crude markets into overdrive starting at the end of April as fuel demand looked set to pick up with easing lockdown.

Differentials to benchmark dated Brent for grades around the world have shot up $6 a barrel in many cases, returning to trade at levels not seen since March before the peak lockdown period in April.

In the last two weeks, Trafigura has snapped up 14 North Sea crude cargoes, including five Brent Blend and seven Forties and one each of Troll and Ekofisk.

The cargoes are for delivery to Rotterdam or for loading between end-May and June 11. The volume of Forties, the largest crude underpinning the dated Brent benchmark, is equivalent to about half the June loading program.

Taking such large scale positions has not been seen for several years after they were made by other major traders like Glencore, Royal Dutch Shell, and Vitol.

The Geneva-based firm traded 6.1 million barrels per day of crude and refined products in 2019, making it the second-biggest independent trader after Vitol.

Unlike its rivals, Trafigura does not have a significant refining system. Its main interest is a stake in the 400,000 barrel-per-day Vadinar refinery in India.

The record contango that arose due to the collapse in demand caused by the lockdowns had encouraged a vast build-up of oil in storage.

Crude differentials have jumped so much that small quantities of floating storage have been released, though the market structure will have to flip into backwardation before the bulk is marketed.

Traders said the North Sea market has lagged behind gains in other regions like the Mediterranean. The price of Forties jumped $2 last week reaching a level not seen since mid-March.

In one session this week, Trafigura snapped up five cargoes, the most two traders said they could remember seeing in one day.

"It is unusual but they probably got them really cheap," one trader said.