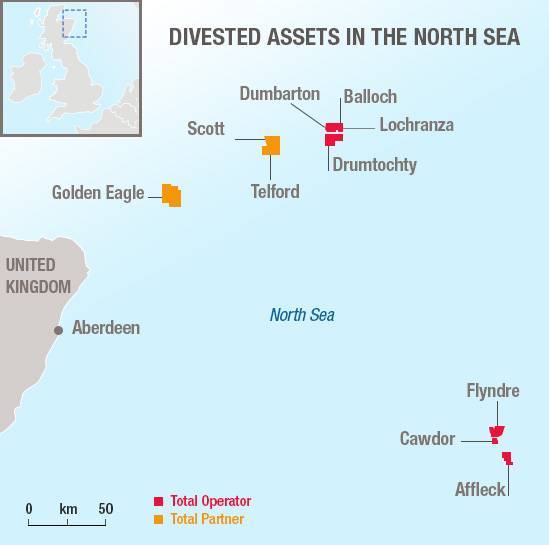 The original agreement stipulated that Petrogas NEO, a joint venture between Petrogas, the exploration and production arm of the Oman-based conglomerate MB Holding, and Norway-based private equity investor HitecVision's company NEO would acquire Total's stakes in 10 UK offshore fields for $635 million. These stakes were previously owned by Maersk Oil, which Total acquired in March 2018.

In a statement on Wednesday, HitecVision and NEO said that reflecting recent significant market volatility, NEO, HitecVision, and Total "have renegotiated the financial terms of the deal to respond to the current environment."

Also, the previous deal partner Petrogas is no longer part of the transaction. Subject to regulatory approvals, the parties expect to complete the transaction by Q3 2020.

"HitecVision and NEO have worked closely with Total to restructure the deal. The agreed revisions respond to current market conditions and retain the attractiveness of the transaction for Total and HitecVision. The structure of the consideration and phasing of payments have been modified, including vendor financing and earnout arrangements. We look forward to progressing swiftly to completion and for NEO Energy to take over the operation of this business," the statement issued on Wednesday reads.

"Total and NEO Energy have developed detailed transition plans to deliver smooth handover of operations upon completion to allow NEO to focus on embedding planned operating efficiencies and growth plans as rapidly as possible," the companies said.

Jean-Pierre Sbraire, Chief Financial Officer at Total. “We look forward to progressing swiftly to completion and for NEO Energy to take over operations. We are confident that this sale is the right thing for both parties and for the business and its employees.”

Through the transaction, NEO acquires a material, cash generative portfolio of assets in four producing areas of the UK North Sea, with an average 2019 production of approximately 23,000 boepd and substantial development upside, Hitecvision and NEO said.

In addition, the portfolio adds reserves of c.  51 MMboe to NEO Energy. The transaction includes operatorship of two asset clusters, the Quad 15 and Flyndre areas, and an operator organization of more than 80 employees and contractors.