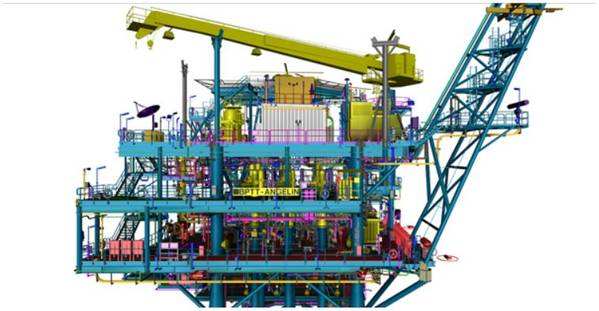 For Illustration purposes only - One of McDermott's previous projects.

Offshore engineering and construction company McDermott has said it has been given "a sizeable" contract from a Middle East customer to carry out front-end engineering and design (FEED) work for offshore riser platform topsides.

McDermott, which didn't say who the client was, defines a sizeable contract as between USD $1 million and USD $50 million.

The company said Monday that the scope included the design of two offshore riser platforms, as well as associated brownfield integration modifications to existing facilities, which include the decommissioning of existing assets.

The FEED contract will be fully executed from McDermott's Middle East offices, the company said.

"Work on the project will begin immediately, and the contract award will be reflected in McDermott's second-quarter 2020 backlog," McDermott said.