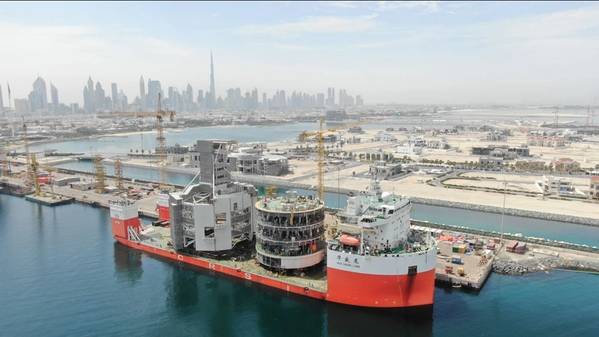 Dutch company SBM Offshore has announced the sailaway of the last two modules for the Turret Mooring System built for Equinor's Johan Castberg FPSO which will, once completed, be deployed in the Barents Sea, offshore Norway.

Commenting on the completion of the construction phase of the turret mooring system, Michael Sandberg, SBM Offshore Senior Project Manager said: "We are delighted to have completed this milestone for the Johan Castberg project. It represents a great achievement thanks to the quality work performed by the project teams across the world, the close engagement with our client, and the dedication and expertise of the yard and our vendors."

Drydocks World Dubai (DDW) fabricated all four modules for the Turret Mooring System (TMS).  The first two modules, the Bogie Support Structure and the Lower Turret, were completed in 2019 and delivered to the Singapore yard in 2019/2020. The Manifold and Gantry modules were completed and safely loaded onto the transportation vessel in mid-April, and delivery to the Singapore yard is planned for in May.

The turret design is an 8,000 tons Bogie Turret accommodating 21 riser slots for Equinor’s new-build FPSO Johan Castberg for the Skrugard, Havis, and Drivis discoveries in the harsh operating conditions of the Barents Sea, offshore Northern Norway. The FPSO will be permanently moored in 372-meter water depth by means of three bundles of five mooring lines.

The TMS allows the FPSO to safely stay in position on the field in the extreme weather conditions while ensuring safe operations and the transfer of fluids from the seabed via the risers to the FPSO. 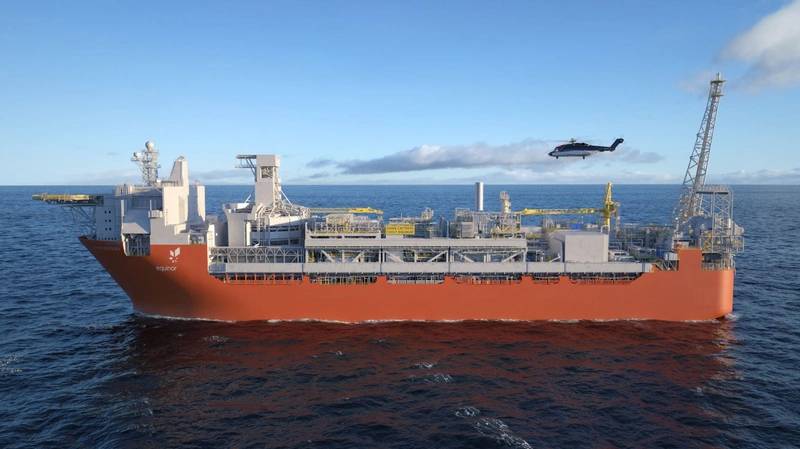