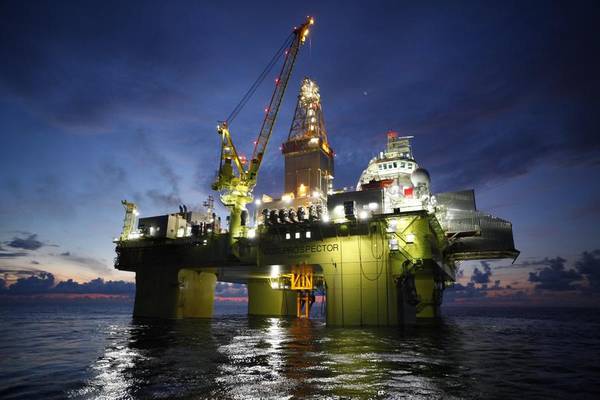 Austrian energy firm OMV has said it has struck oil and gas in the Taranaki Basin offshore New Zealand.

OMV, as the operator of the Petroleum Exploration Permit (PEP) 60093, started drilling at the Toutoiwai-1 well in early March 2020.

The oil company on Monday said that the target reservoir was successfully reached in April 2020.

"Preliminary results are encouraging with several hydrocarbons charged layers encountered in the Cretaceous sandstones. Given the operational risks posed to the offshore exploration drilling program from the Covid-19 virus at this time, the testing phase had to be curtailed," OMV said.

The Toutouwai-1 exploration well is the third and final well in OMV NZ’s 2019/2020 exploration drilling campaign. The well was drilled to 4,317 m depth by the COSL Prospector semi-submersible drilling rig. The prospect is located 50 kilometers off the Taranaki coast in 130 meters of water.

OMV’s Senior Vice President, Australasia, Gabriel Selischi, said although it was still very early in the exploration process the discovery had the potential to be a significant result for the company in New Zealand.

"If future appraisal activities confirm the initial drilling results, this could prove to be an exciting outcome for our country’s future energy supply.”

“There has not been a major energy find in New Zealand for over a decade and we know that new domestic energy supply is critical to ongoing security of supply, affordability, and ensuring a smooth transition to a renewable future.”

End of drilling for this year

“Given that New Zealand is now in a state of emergency and at a Level Four COVID-19 pandemic alert this will be the end of our 2019/2020 exploration drilling campaign and no further wells will be drilled.”

"OMV is now working with the Toutouwai Joint Venture partners, Mitsui E&P Australia and SapuraOMV, on what additional work is required to determine commercial viability," the company said.

The Toutouwai-1 well is now being plugged and abandoned after which the COSL Prospector semi-submersible drilling rig will then depart Taranaki waters in mid-late April 2020.

The country's Petroleum Exploration and Production Association of New Zealand (PEPANZ) on Tuesday said the drilling results was "very exciting and promising news."

PEPANZ Chief Executive John Carnegie: "Reports of the demise of our sector have been greatly and prematurely exaggerated. This is good news at a time when New Zealand’s economy really needs it."

"There is still plenty of work to be done before any development is confirmed, but the potential benefits to Taranaki and all New Zealand are substantial," Carnegie said.

He added: "42% of the profits from any new well goes to the taxpayer in royalties and taxes, and any new development would likely mean new jobs and export earnings. It could also help our long-term energy security given we have less than 11 years of natural gas reserves left. We need affordable and reliable energy to rebuild our economy and power our export industries."

“We haven’t had a commercial discovery since 2006. If we don’t develop our own energy then we are at the mercy of overseas producers, and could end up importing LNG. We think it’s much better to produce our own energy here in New Zealand instead," Carnegie added.

"The energy provided by natural gas and oil still has a very important role to play as we transition to a lower emissions world," he said.

News of the discovery comes just days after Greenpeace "claimed a win of generational significance" and "an end to offshore exploration in New Zealand", citing OMV's decision to postpone exploration plans in the Taranaki Basin.

"Greenpeace is claiming “a win of generational significance” that signals an end to offshore oil exploration in New Zealand," the environmental organization said last Friday.

Greenpeace climate and energy campaigner, Amanda Larsson, said the exit of OMV and the COSL Prospector drilling rig "means the future of offshore oil and gas exploration in New Zealand is likely to have come to an end altogether."

“Following the departure of Petrobras, Anadarko, Equinor/Statoil, Chevron and others, OMV was the last major oil company searching for new oil and gas in New Zealand waters. It’s one of the only companies that still had the right to search for oil here after securing drill permits prior to the 2018 ban on new offshore oil exploration,” Larsson said. 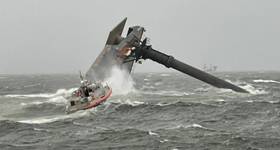