At Least One Worker at Pemex Offshore Platform Infected with Coronavirus 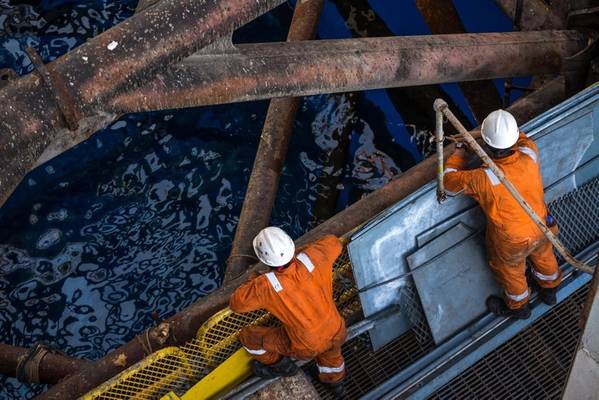 At least one worker at Mexican state oil company Pemex's Abkatun-A processing center, in shallow waters in the Gulf of Mexico, has been diagnosed with coronavirus, two people with knowledge of the matter told Reuters.

At the end of last week, executives from Abkatun-A reported internally that 21 workers, including the doctor on staff, had shown "feverish symptoms," two other people with knowledge of the matter told Reuters.

At least one person had since been diagnosed with coronavirus, one of the latest sources said. The second source said "several" people had.

Pemex did not immediately respond to a request for comment on how many people had been diagnosed or whether the facility's operations would be affected.

In a statement late Monday evening, Pemex stressed its commitment to preventing the spread of coronavirus among its workforce.

In a review of Abkatun-A, the company said it had identified 13 workers as "suspicious cases" and had tested two workers for the virus. It was unclear whether the workers had tested positive.

Four people were flown on Friday from the Abkatun-A processing center to the Pemex hospital in Ciudad del Carmen, in Campeche state, according to an internal document seen by Reuters.

A "health intervention" was carried out on Sunday with the support of local health authorities in Ciudad del Carmen and Pemex medical personnel to take samples from center workers, according to another company document.

Workers who remain at the site will have to work "triple shifts" to make up for those who are out with symptoms of coronavirus, according to one of the people with knowledge of the matter, without giving further details.

The center is part of the Abkatun-Pol-Chuc complex, which produces around 172,000 barrels per day (bpd) of crude. Pemex currently pumps around 1.6 million bpd, without accounting for production with partners, according to company data.

Mexico registered 353 new cases of coronavirus on Monday, bringing its total to 5,014 cases and 332 deaths, the health ministry said.