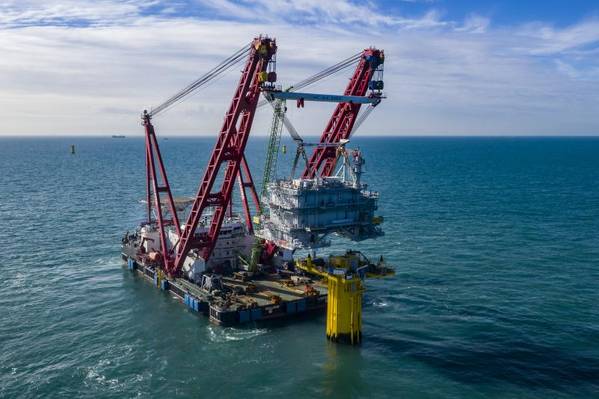 In a social media post on Wednesday,  Deme said: "The two substations for the SeaMade offshore wind farm have been successfully installed in the Belgian North Sea with heavy lift vessel ‘Gulliver’. Despite the challenging conditions over the past weeks, the SeaMade project is firmly on track...We are now gearing up for the installation of the inter-array cables and 58 turbines."

This was also confirmed by SeaMade NV, which in a separate post said:" Despite difficult circumstances, SeaMade successfully installed its second offshore substation in the Seastar concession area.

"Weighing 1.200 tonnes each, the substations are the beating heart of the offshore wind farm. "They transform the wind energy that is produced to 225 kV, which in turn allows the electricity to be brought to shore via Elia’s Modular Offshore Grid (MOG)," SeaMade NV said.

The installation of the substations was executed with heavy lift vessel ‘Gulliver’, operated by DEME’s subsidiary Scaldis which is specialised in marine heavy lifting works. Earlier DEME’s offshore installation vessel ‘Innovation’ installed all of the foundations, including those for the two substations.

SeaMade - Belgium's largest offshore wind farm - is a 487,2 MW offshore wind concession in the Belgian North Sea. The project is the result of a merger between the two concession zones Mermaid and Seastar. It was founded by Otary; a consortium of 8 Belgian shareholders with a significant track record in offshore wind, who joined forces in a strategic Belgian knowledge and competence center to develop, finance and operate the offshore wind project.

The installation of 58 turbines will begin in the spring. 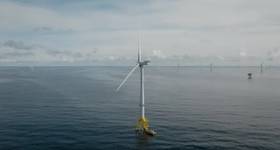