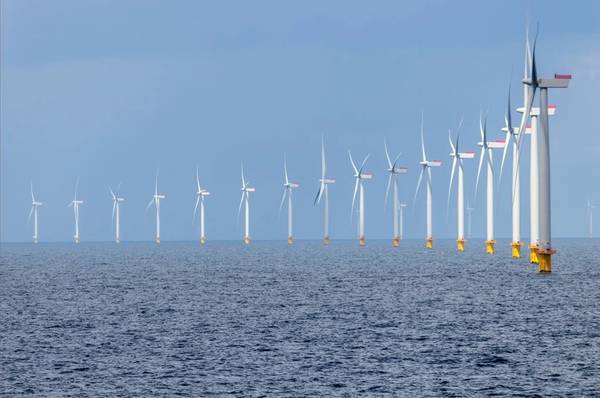 The oil price crash has led to Danish offshore wind developer Orsted overtaking Norwegian oil major Equinor as the most valuable energy company in the Nordics, highlighting the appeal to investors of renewables over fossil fuels.

At around 0900 GMT on Tuesday, Equinor's market value stood at $42 billion, while Orsted was valued at $45 billion, according to share information on the companies' websites, the first time Orsted has overtaken the Norwegian company.

The drop in oil prices on Monday was the biggest one-day percentage drop since Jan. 17, 1991 at the outset of the first Gulf War and for investors highlighted the risk of investing in oil companies.

As well as volatile crude prices, oil producers have also been hit by a global shift away from heavily polluting fossil fuels.

Orsted, formerly named DONG Energy, has seen its shares gain more than 40% over the past year, while shares in Equinor have fallen by around the same margin.

Orsted has been rebranding itself as a 'renewable major' after it sold its oil and gas business in 2017, courting investors interested in green investments which have seen a boost thanks to policies to protect the environment.

"All investors look at Orsted and say: Here we buy into the future and when they look at the oil companies including Equinor they buy into the past," said head of equity research at Sydbank Jacob Pedersen. Equinor has made some steps towards building a renewable business and plans to spend up to $2 billion-$3 billion a year in 2022-2023 on renewable projects, out of a total capital spending of $12 billion.

However, low oil prices posed risks for renewables in the longer term.

"Low oil prices are bad for renewable companies, because the cost of energy comes down and there are less incentives to invest in alternative energy sources. Also, low oil prices would encourage demand growth," he said in an e-mail to Reuters.

Both Orsted and Equinor declined to comment when asked by Reuters. Equinor shares steadied on Tuesday, rising around 5% in morning trade, as did shares in Orsted, which fell 4.6% on Monday as global equity markets fell across the board.