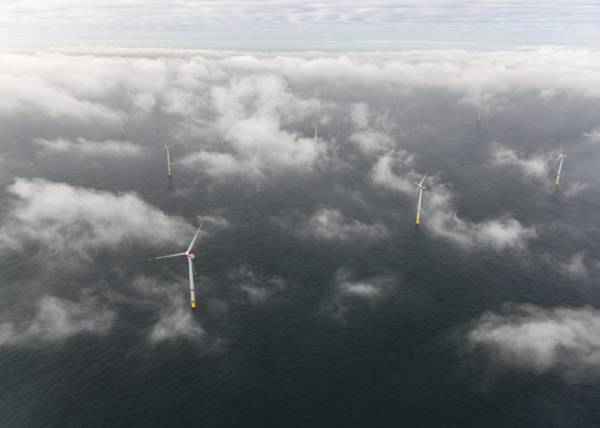 February 2020 was a record month for offshore wind energy production in the Belgian sector of North Sea, the Belgian Offshore Platform has informed.

According to the industry body also known as BOP, offshore wind turbines in Belgium reached 804 GWh production (nb: measured at the Elia grid connection point), corresponding to the annual consumption of 230,000 households (at 3,500 kWh/year/family).

BOP said that “this absolute record of offshore wind power production” was due to higher installed capacity, coupled with a record month in terms of wind conditions.

The installed capacity increased by 60 MW, from 1556 to 1616 MW. BOP said the increase was due to the commissioning of the first wind turbines of Northwester 2 offshore wind farm, the seventh project of the Belgian North Sea.

“With a capacity factor of 53%, a production of 570 GWh can be expected – production in February was therefore approximately 40% higher this year than expected according to the five-year average," BOP said.

Capacity factor is energy produced (in MWh) divided by the installed capacity (in MW) and divided by the number of hours in the month (i.e. 24 hours * 29 days for February).

The capacity factor is the percentage of electricity produced in relation to what a wind farm could produce at maximum capacity if the wind farm operated at full capacity for the whole month.