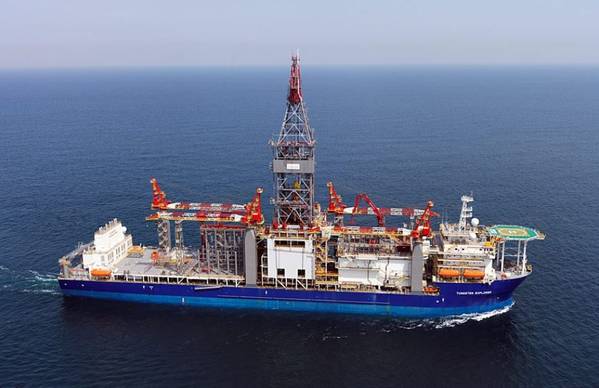 Total will use Vantage Drilling's Tungsten Explorer drillship to drill in Lebanon. The rig has arrived at the offshore location this week. Image credit: Vantage Drilling

Lebanon's much-delayed search for offshore oil and gas is set to begin on Thursday with the results from its first exploratory well expected in the next two months, the chairman of the Lebanese Petroleum Administration (LPA) said on Wednesday.

Lebanon is on the Levant Basin in the eastern Mediterranean, where a number of big sub-sea gas fields have been discovered since 2009, including the Leviathan and Tamar fields located in Israeli waters near the disputed marine border with Lebanon.

A consortium of France's Total, Italy's Eni and Russia's Novatek signed an agreement with Lebanon in 2018 to explore for oil and gas in two offshore blocks.

"We'll get results in the next two months. If they are positive, we'll move to the second phase of appraisal," LPA Chairman Walid Nasr said during a press conference at the presidential palace with a delegation from Total.

The first well is to be drilled in Block 4. Nasr said preparation was underway to drill wells in Block 9 later this year.

An energy discovery would be a major boost for the Lebanese economy, which is mired in an unprecedented financial crisis, but it could take several years for revenues to reach the treasury.

Raymond Ghajar, the energy and water minister, said good results will be positive for Lebanon's ratings but noted it could be years before any find can be extracted.

"There are too many ifs. First, we need to drill, then find (oil or gas), then see the amount, then see what we can extract after two, three or four years," he said.