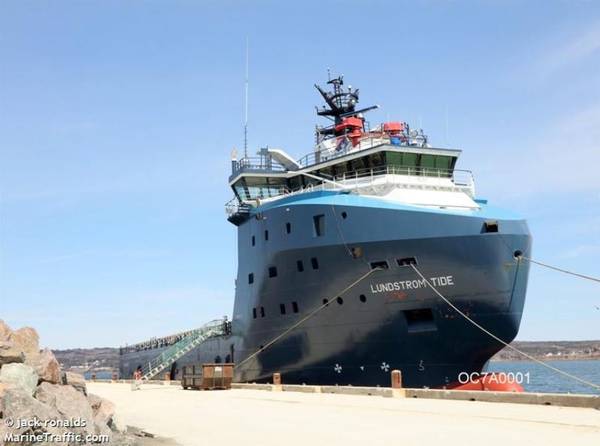 The offshore platform supply vessel Lundstrom Tide has docked in the port of Beirut, ahead of the imminent start of the drilling of Lebanon's first offshore well.

The vessel will support a drilling operation in the Total-operated Block 4, in the Mediterranean Sea.  MarineTraffic data shows the 87.9 meters long platform supplier arrived in Lebanon from Cyprus.

According to local media reports, the drilling start might be expected soon, as the drillship to be used for the Byblos-1 well is reportedly scheduled to arrive in Lebanon on February 15.

The drillship in question is the Vantage Explorer offshore drilling unit, owned by Vantage Drilling. Total's Block 4 is thought to be highly prone to gas.

Total, together with partners Eni and Novatek, won the rights to the Block 4 and Block 9 offshore Lebanon as part of the first offshore bidding round in 2017. 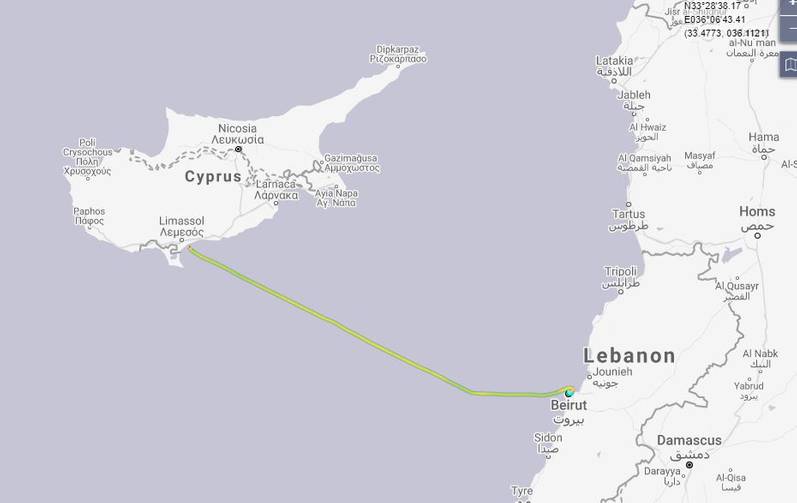 2nd licensing round in April

To remind, Lebanon recently postponed a deadline for the submission of applications as part of its second licensing round for oil and gas acreage. Lebanon's energy minister Nada Boustani last month tweeted that the deadline would be moved to April 30 from January 31.

Boustani said the delay was to allow more time for international oil companies to complete technical and administrative preparation required for participation.

In a report in December, Norwegian energy intelligence group Rystad Energy said Lebanon would offer Blocks 1, 2, 5, 8, and 10 in its exclusive economic zone as part of the 2nd round.

Rystad Energy expects to see a dramatic increase in offshore exploration spending in Lebanon and Israel, with activity waves oscillating between up and down years, resulting in material upstream spending gains.

A major discovery would be a welcome financial boon for Lebanon, a country facing a severe economic crisis and chronic power shortages, in addition to the influx of immigrants as a result of the Syrian crisis, Rystad said.

Taiyab Zain Shariff, an analyst with Rystad said the investment upsurge in the Eastern Mediterranean would be driven by new drilling contracts, licensing awards, and future bid rounds.

“Most of the spending in Lebanon will be driven by offshore deep and frontier areas, which are believed to hold similar petroleum systems as seen in neighboring countries," the analyst said.

Palzor Shenga, a senior analyst on Rystad Energy’s upstream team added: "Nevertheless, it will still take more than a decade before those involved enjoy the fruits of their labor,” said Shenga. “It will still take years to develop the infrastructure required to produce and distribute any additional reserves found offshore Lebanon”.