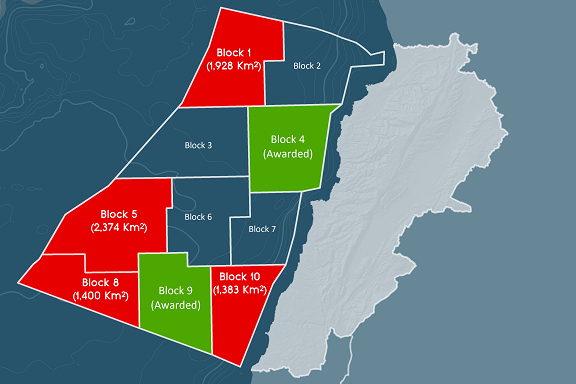 Open blocks for the second offshore licensing round as per LPA's recommendation (Image: LPA)

Lebanon's government has approved a second offshore energy licensing round with bids to be submitted early next year, Energy Minister Nada Boustani said on Twitter on Thursday.

Offshore energy development has been a central ambition for successive governments in cash-strapped Lebanon, but political paralysis has caused years of delays and the country is in dispute with Israel over the maritime border along some exploration blocks.

Lebanon awarded a first licence for offshore oil and gas exploration and production last year to a consortium comprising France's Total, Italy's Eni and Russia's Novatek, which aims to drill its first well by the end of this year.

The Lebanese Petroleum Administration (LPA), the government agency that manages the sector, recommended four offshore blocks to be included in the second licensing round, but Boustani did not say in her Tweet if they had all been approved.

One of the blocks awarded last year in the first licensing round was located on the maritime border with Israel, but the consortium said it was not drilling near the disputed waters.

Lebanon is on the Levant Basin in the eastern Mediterranean where a number of big subsea gas fields have been discovered since 2009 in Cypriot, Israeli and Egyptian waters.

Beirut tried to launch its first offshore exploration in 2013, but domestic political problems delayed it until 2017.

Bids for the second licensing round are due on January 31. 2020, Boustani said in her Tweet. 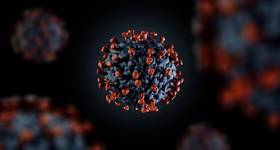 Murphy Oil CEO on Medical Leave Due to COVID-19