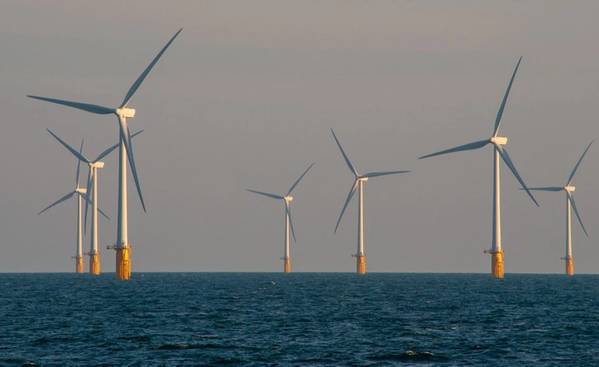 Ørsted was in June 2019 selected as preferred bidder for New Jersey's first offshore wind farm, to be located 15 miles off the coast of Atlantic City. Construction is expected to start in the early 2020s, with the wind farm operational in 2024.

Ørsted, formerly known as Dong Energy, will host the open house for Atlantic City residents on Thursday, February 6 from 5:30 to 7:30 p.m. in the Avalon Conference Center at The Claridge Hotel, located at 123 S. Indiana Avenue, Atlantic City. Free, validated parking will be available in The Claridge’s parking garage, the company said. Doors will open at 5:30 p.m.

"Attendees will have the opportunity to visit and interact with Ørsted employees who will be on-hand to discuss specific aspects of the company’s plans to build a 1100 MW offshore wind farm that will power more than half a million New Jersey homes," the company said in a statement earlier this week.

"Ocean Wind will contribute significantly to the state’s ambitious renewable energy goal of supplying more than 3.2 million New Jersey homes with offshore wind power by 2035. At 1100 MW, Ocean Wind is expected to create over 3,000 direct jobs annually through development and three-year construction cycle. Ocean Wind will also have 69 full-time jobs in its operations and maintenance facility to service the turbines during the lifetime of the wind farm," the Danish company has promised.

Kris Ohleth, senior stakeholder relations manager for Ørsted said: "We look forward to engaging and connecting with local residents about how Ocean Wind is progressing. This is a new American industry and New Jersey is poised to be a key player within offshore wind, so we expect and welcome questions and comments. We remain open and eager to speak with residents and share information about ways we expect to help in the revitalization of Atlantic City and the region.”