Gabon looks to be on its way to achieving the projected 50% increase in crude oil production in the next one year if the positive result from offshore wells development, by two of the leading international oil companies operating in the country, is anything to go by.

Despite earlier worries about Gabon’s political and economic stability as concerns mounted on the health of the country’s President Ali Bongo Ondimba, two exploration and production companies, Panoro Energy and VAALCO Energy have defied any speculation of possible instability to post progress in their offshore Gabon operations as they strengthen their drilling programs in preparation for possible oil production this year.

The progress by international oil companies in Gabon’s offshore space has been supported by the restoration of confidence among upstream investors following the publicizing of the country’s 12th Shallow and Deep Water Licensing Round, initially scheduled to close on April 30, 2020, and the promulgation of a more investor-friendly revised hydrocarbon code with generous fiscal provisions for upstream investors. 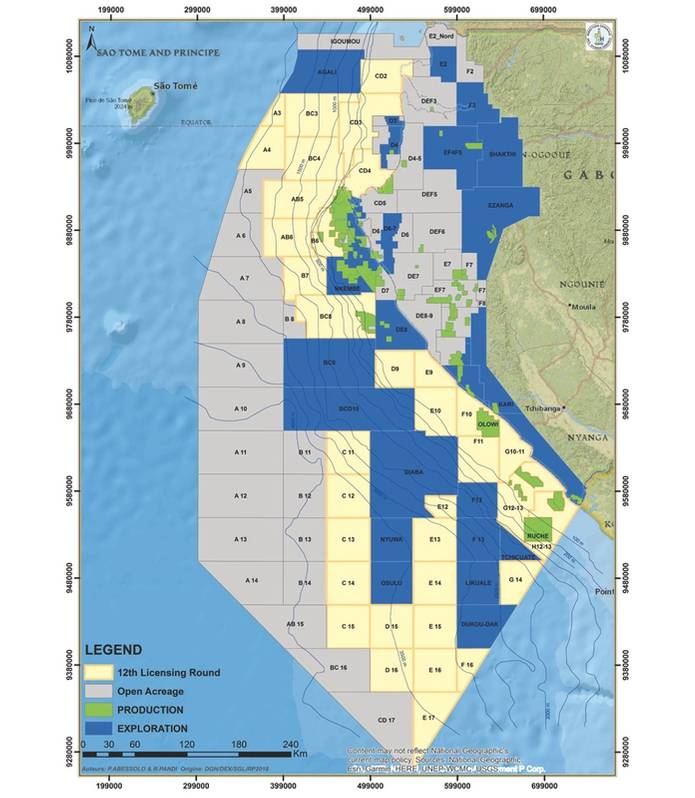 This week, Panoro Energy announced the completion of the DTM-5H offshore well, which was drilled with the Borr Norve jackup drilling rig in 115.5 meters water depth, and launch of initial drilling for DTM-6H, both of them part of the four wells planned under the second phase of Tortue development scheme.

Panoro, which holds 8.33% of the Dussafu permit, an offshore production sharing contract operated by BW Energy Gabon, said the first production from DTM-4H and DTM-5H is expected in March this year, a major boost for Gabon’s oil and gas sector that has been yearning for increased hydrocarbons yields from its offshore oil fields.

Meanwhile, US exploration and production firm, VAALCO Energy, which signed the Etame Marin Permit PSA back in 1995, has also this week announced progress in its push to scale up discovery and production of more oil offshore Gabon as it successfully restored production from a previously shut-in ell at Etame platform.

The company, which says it achieved outstanding results from our 2019/2020 drilling campaign, especially with the December 2019 completion of the 8,900ft deep Etame 9H well that encountered Gamba and Dentale reservoirs,  is now looking to commence the next phase at the Southeast Etame/North Tchibala (SEENT) platform.

Currently, VAALCO is progressing with Etame 11H well for possible completion at the end of this month and will be followed shortly thereafter by a planned workover Etame 10H to replace electric submersible pumps (ESPs) that could restore production of up 200bopd net to VAALCO in addition to saving time and money for the company.

Both Panoro and VAALCO have reported increased yields from the oil wells already drilled an indication of a likely crude production boom in Gabon when combined with what other oil exploration and production companies have achieved offshore the West African country.

Panoro reported yield of 11,650bopd for the third quarter of 2019 with the company’s average daily gross production for the year projected at between 11,200 bopd and 12,000 bopd.

Moreover, VAALCO Energy, which is the operator of offshore Etame license Etame, with a 31.1% working interest, has produced approximately 110 million gross barrels of oil from its Gabon assets to date. Other partners in the permit include Addax (Sinopec) 33.9%, Sasol 30% and PetroEnergy 2.5%.

VAALCO expects the Etame license to be extended up to 2038, a period the company expects to firm its investment decision on at least five potential satellite prospects it has identified offshore Gabon.

Gabon, which is ranked the eighth largest producer of oil in sub-Saharan Africa with a production of 198,000 barrels per day, is yearning for more oil discoveries and the fast-tracking of field development plans by oil exploration and production companies to avert further output dips.