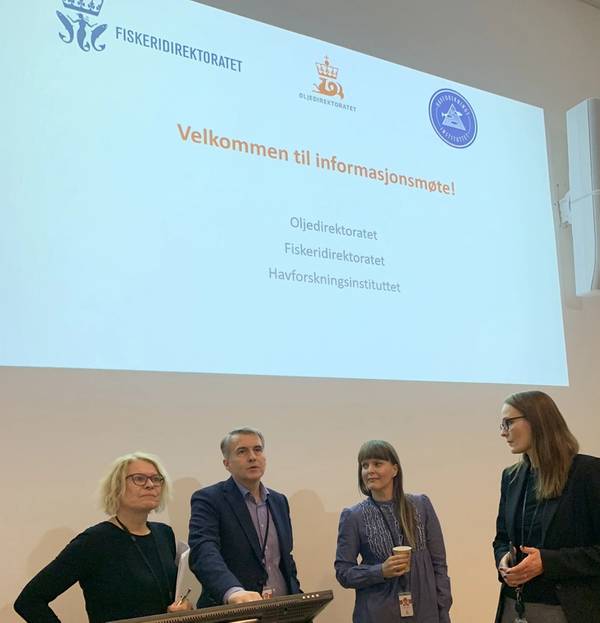 Representatives from the NPD, the Directorate of Fisheries and the Institute of Marine Research participated from the authorities. There was a large turnout from the industry.

"The meeting was an opportunity for the authorities to provide advice and information to ensure good planning of this year’s geophysical surveys to ensure the best possible coexistence with the fisheries," said a press note from the Norwegian government agency responsible for the regulation of the petroleum resources on the Norwegian continental shelf.

“This kind of meeting is important before the season really gets started. We emphasized the value of dialogue and communication between relevant players early in the planning phase,” said Torgeir Stordal, Exploration Director in the NPD.

For example, this applies when planning surveys of large areas that will take place over a longer time period. Stordal emphasizes that the earlier everyone talks together and identifies which parties will be affected, the more room there will be for flexibility in the actual implementation.

“The NPD’s experience is that early contact between the parties reduces potential problems and leads to smoother implementation of the surveys. This will contribute to higher value creation for both the petroleum and the fishery industries,” says Benvenutta Henriksen, Assistant Exploration Director in the NPD.

The Institute of Marine Research presented an updated map of spawning and spawning migration at the joint meeting, and the Norwegian Petroleum Directorate presented the best practice in the early planning phase.