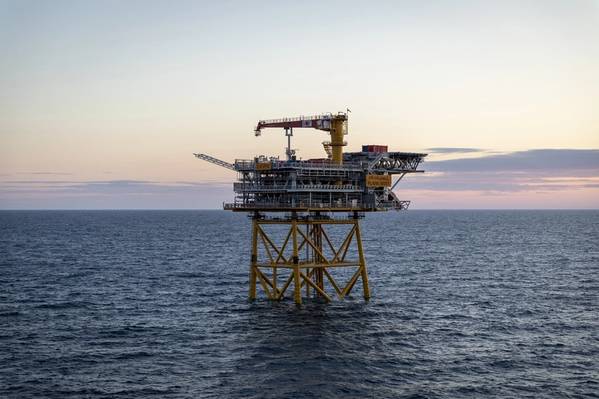 Valhall Flank West is a new Normally Unmanned Installation (NUI) which is part of the continued development of the Valhall field. (Photo: Aker BP)

Oil and gas company Aker BP announced on Tuesday it has produced first oil at its Valhall Flank West normally unmanned installation (NUI) in the Norwegian sector of the North Sea.

The NOK 5.5 billion ($609.5 million) development aims to produce about 60 million barrels of oil equivalent at a break-even price of $28.5 per barrel, said Aker BP, operator and owner of a 90% stake in the Valhall licence. Partner oil firm Pandion Energy holds the remaining 10% interest.

The partners plan is to drill nine wells and will consider options to drill even more.

According to Aker BP, its wellhead platform alliance with Kvaerner, Aker Solutions and ABB helped to reduce delivery time and control costs.

“The alliance has worked together as one strong team. Not only have they delivered on the ambition of making the safest project ever, but the alliance is also delivering ahead of schedule and within budget,” said CEO Karl Johnny Hersvik in Aker BP.

The plan for development and operation (PDO) was submitted in December 2017, and first steel was cut at Kvaerner’s yard in Verdal in April 2018. Just over one year later, both the jacket and the topsides were installed on the field with no additional carry-over work. The topsides sailed from Kvaerner Verdal June 16, 2019.

The platform has been delivered with the world’s first electric lifeboat, which is monitored from the Valhall field center. Both the crane and seawater pump are electric and receive power from the field center.

“Valhall Flank West is a benchmark for good project execution. Reorganization of the value chain through strategic partnership and alliances is an important part of Aker BP’s strategy. Four alliances have contributed to the project, and Valhall Flank West is visible proof that this strategy creates enormous value for the company,” Hersvik said.

The gigantic Valhall field has produced more than one billion barrels of oil equivalent since the field was opened in 1982, and the partners said they aim to produce another billion barrels over the next 40 years.

“Valhall Flank West is an important contribution to achieving our ambition for Valhall. The plan calls for the field to contribute close to 80 million barrels of oil equivalent to Valhall’s production,” said Kjetel Digre, SVP Operations & Asset Development in Aker BP.

“Aker BP sees an enormous potential in the Valhall area. We have started removing old platforms from the field center, we are investing in new wells, we are plugging old wells and we are actively seeking new business opportunities in the area. With Valhall Flank West on stream, this represents another important step towards achieving our ambition of another billion barrels from Valhall. Congratulations to everyone involved in this fantastic project,” Digre said.

A significant scope of modification work has been carried out on the Valhall field center. The subsea alliance has been responsible for the work to tie Valhall Flank West to the field center through pipelines, power cables and umbilicals. The Maersk Invincible rig came to the field in July, and the first two wells were drilled and completed in record time. The “single trip multifrac” technology has been used for better and faster well stimulation.

“It’s impressive to see the results achieved in the project. Together with our alliance partners, we are demonstrating a reduced number of engineering hours, reduced costs and reduced construction time compared with similar projects. And most important of all, this work has been performed without any serious harm to people and the environment,” said Knut Sandvik, SVP Projects in Aker BP.

“We also see that we can extract even more improvement, efficiency and value creation through the alliance model in future projects. This is very motivating,” Sandvik added. 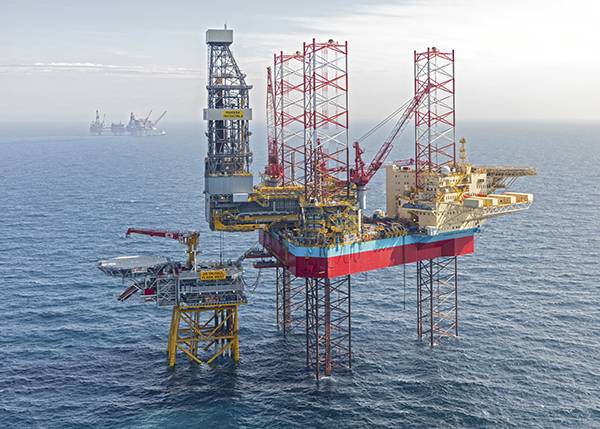