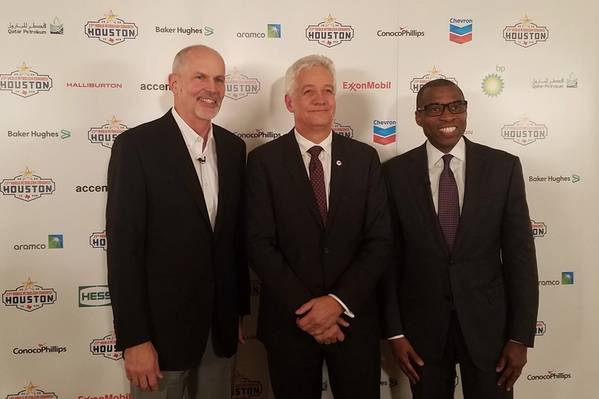 The 23rd World Petroleum Congress will set the scene for a discussion about the energy transition, climate change and innovative technologies.

Tor Fjaeran, president of the World Petroleum Council, said during a press briefing on December 10 that the event will bring to the forefront “open and honest” discussion about important topics like innovative solutions that can bring safe, clean and affordable energy for the whole world.

“The WPC’s job is to create that arena,” Fjaeran said. “It’s up to the participants to discuss and come up with the ideas.”

Jeff Shellebarger, chairman of the 23rd WPC Organizing Committee, said the congress is an opportunity for companies and countries to tell their stories of succeeding with innovation. One example he cited was the “innovation, not the technology applied to” the onshore Permian play in the US.

Trial and error in adopting new technologies, he said, was a large part of how operators were able to succeed in the Permian.

“That’s not easy for everybody to do, but that’s a part of the process,” Shellebarger said.

Other topics that will be up for discussion during the WPC will center on priorities for the oil and gas industry and the future of oil and gas.

Uwem Ukpong, vice president of global operations at Baker Hughes, said the WPC would be a chance to talk about what companies are “deploying technology-wise, and how we talk about this to be able to help bring to place low-carbon solutions.”

One of those technologies, Ukpong says, is digitalization, which enables the industry to do “things better and faster” while improving economics to ultimately help “take energy forward, and make it safer, cleaner and more efficient for the planet.”

Sustainability is one of the themes running throughout the congress sessions and extending to the exhibition floor where companies will be able to share their strategies and stories, Shellebarger said. “It’s a chance to see what others are doing and decide how to add that into their own” strategy.

Ukpong says sustainability is increasingly a factor in bids in emerging markets. “They’re asking us in our bids to quantify what our carbon reduction strategy is and how we can reduce carbon on projects.”

Houston has bid for the WPC, sometimes referred to as the Olympics of Oil and Gas, three different times. It was successful with this bid partially because of its stature in the industry. In addition, Houston is home to technology-driven industries like aerospace and medicine, which presents the opportunity for knowledge transfer. This is the first time the WPC will be held in the US since 1987. Previous locations include Istanbul, Moscow and Doha.