Exxon to Export First Oil from Guyana in Early 2020 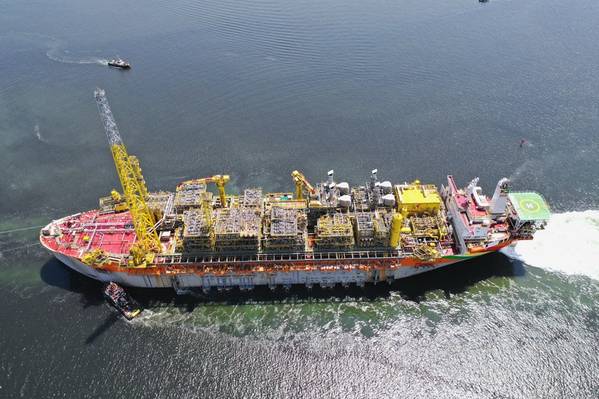 In July 2019 the Liza Destiny FPSO departs from Singapore where the conversion of the hull, as well as the construction and integration of the topsides, took place. (Photo credit: Lim Weixiang / SBM Offshore)

U.S. producers Exxon Mobil Corp and Hess Corp plan to export the first-ever shipments of crude oil from Guyana between January and February, a milestone for Latin America's newest oil producer, sources with knowledge of the plans said.

A consortium including both companies and a unit of China's CNOOC Ltd have so far discovered more than 6 billion barrels of recoverable oil and gas resources off Guyana's coast, which could eventually produce 750,000 barrels per day (bpd) for a country that has no history of crude output.

Those finds are turning Guyana, an impoverished nation bordering longtime producers Venezuela and Brazil, into a hot property for oil investment.

Exxon's Guyana spokeswoman last week told Reuters that "key activities" on its giant Stabroek block, including early production, were running ahead of schedule. He said that coming weeks would be critical as progress could be impacted by weather and other factors.

The U.S. company did not provide additional details. Hess declined to comment. CNOOC and Guyana's government were not immediately available for comment.

Liza will be the first Guyanese crude grade produced and offered to the oil market. It has 32 API degrees of density and 0.5 percent of sulfur content, according to Exxon's assay seen by Reuters.

Exxon is planning on shipping two 1-million-barrel cargoes of Liza crude in January, to be followed by similarly sized shipments from Hess and Guyana's government in February.

Exxon plans to process the oil at its refineries, while Hess could offer it for spot sales. CNOOC, which has not yet scheduled exports, would ship it to China, whose refiners like using similar medium sweet grades, the sources said.

Interested buyers are exploring options to co-load Liza crude with other South American crudes bound for Asia, mainly Brazilian grades. Starting in March, very large crude carriers (VLCCs) could lift up to 2 million barrels each, depending on weather conditions, the sources added.

"We are expecting Liza to be traded at $4-$6 over Brent crude prices during the first three months of exports. First buyers would test it, and then prices could go up a little," a trader interested in purchases said.

Exxon and its partners have made 14 large discoveries at the Stabroek block since 2015.