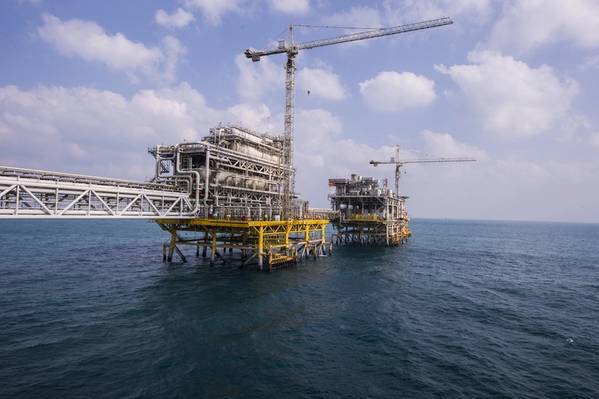 State-run oil giant Saudi Aramco has priced its initial public offering (IPO) at the top of its indicative range, making it the world's biggest flotation by raising more than Alibaba's $25 billion listing in 2014.

Dec 5, 2019 - Saudi Aramco announces the offering generated subscriptions of $106 billion by institutional investors and together with the total demand from individual Investors, the order book hit $119 billion.

Dec 2, 2019 - Saudi Arabia discusses with OPEC and its allies a plan to deepen oil cuts and have the deal in place so it runs at least until June 2020 as the kingdom wants to deliver a positive surprise to the market before the listing of Saudi Aramco.

Dec 2, 2019 - Saudi Arabia's Tadawul introduces an equity index cap of 15% which is set to address concerns over the weighting oil giant Saudi Aramco will have when it lists on the exchange.

Nov 24, 2019 - Saudi Arabia's central bank is monitoring banking indicators on a daily basis and is not seeing any impact on liquidity from oil giant Aramco's initial public offering (IPO), its governor said.

Nov 15, 2019 - MSCI, the world's biggest index provider, follows in the footsteps of S&P Dow Jones and FTSE Russell, telling clients that they could fast-track Saudi Aramco's inclusion into their indexes as soon as December.

Nov 10, 2019 - Saudi state oil giant Aramco unveils the prospectus for its initial public offering (IPO), laying out the main material risks that may adversely affect the company's business or its financial position.

Nov 9, 2019 - Saudi Aramco plans to sell up to 0.5% of the state oil giant to retail investors in its planned initial public offering (IPO), sources tell Reuters.

Nov 3, 2019 - Saudi Aramco announces its intention to float after Saudi Arabia's Capital Market Authority said its board had approved the company's application for the registration and offering of a proportion of its shares.

Oct 8, 2019 - The Saudi central bank vets local lenders' exposure to Saudi Aramco ahead of an initial public offering of the state-oil giant that will likely see large numbers of Saudi investors seek loans to buy its stock, three sources familiar with the matter said.

Oct 7, 2019 - Rating agency Fitch downgrades Saudi Aramco by one notch after attacks last month on two production facilities, putting the rating of the state-owned oil giant at par with the one of Saudi Arabia.

Sept 30, 2019 - Fitch downgrades Saudi Arabia's credit rating to A from A+, citing rising geopolitical and military tensions in the Gulf following an attack on its oil facilities and a deterioration of the kingdom's fiscal position.

Sept 14, 2019 - Two Saudi Aramco plants attacked in a drone strike, triggering the biggest jump in oil prices in almost 30 years. The attacks forced Saudi Arabia to shut down more than half of its crude output, leaving question marks over the timing and valuation of its IPO.

July 2, 2019 - Banks including JPMorgan, Morgan Stanley and HSBC scramble to re-pitch for Aramco IPO roles, sources say, with Saudi Arabia's energy minister confirming plans for the listing to proceed in 2020 or 2021.

April 1, 2019 - Saudi Aramco made core earnings of $224 billion in 2018, figures show, after Aramco had to reveal them in order to start issuing international bonds.

Aug 22, 2018 - Saudi Arabia scraps plans for the domestic and international listing of Aramco and advisers working on the listing have been disbanded as the kingdom shifts its attention to buying a stake in SABIC, sources say.

Jan 10, 2018 - Saudi Aramco is working to raise cheap loans from banks seeking to strengthen their ties with the oil giant before its IPO, banking sources say.

Oct 26, 2017 - Saudi Aramco IPO is on track for 2018 and it could be valued at more than $2 trillion, Crown Prince Mohammed bin Salman tells Reuters in an interview.

April 24, 2017 - HSBC has been formally mandated as an adviser on IPO of Saudi Aramco, HSBC's chief executive says.

April 19, 2017 - China gathers state-led consortium that will act as a cornerstone investor in the Aramco IPO, people with knowledge of the discussions tell Reuters.

May 27, 2016 - Saudi Aramco was boosting market share as it prepares for listing, Chief Executive Amin Nasser says in an interview.

May 10, 2016 - Saudi Aramco was finalizing proposals for the IPO of less than 5% of its value and will present them to its Supreme Council soon, its chief executive says.

April 25, 2016 - Saudi Arabia expects Saudi Aramco to be valued at more than $2 trillion and plans to sell less than 5% of it through an IPO, the Deputy Crown Prince Mohammed bin Salman says.

Jan 8, 2016 - Saudi Aramco issued statement saying it was considering options including the stock market listing "of an appropriate percentage of the company's shares and/or the listing of a bundle of its downstream subsidiaries".

Jan 6, 2016 - Saudi Arabia's Deputy Crown Prince Mohammed bin Salman mentioned his interest in selling off parts of Aramco to private investors in an interview with The Economist magazine.