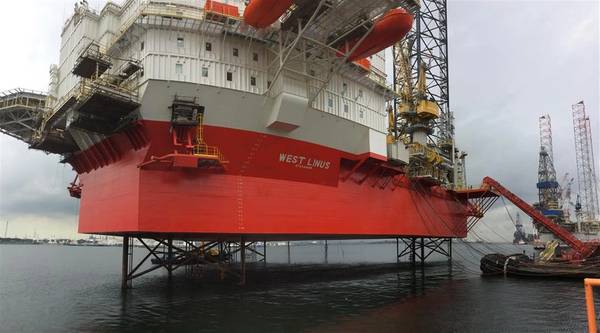 Norway's offshore safety watchdog has given ConocoPhillips consent to use the West Linus mobile facility for production drilling on the Tor field.

The consent covers the drilling and completion of eight production wells in connection with the new development of the Tor field (Tor II), Petroleum Safety Authority Norway said on Friday.

The Tor field lies in the Norwegian North Sea and was initially on stream from 1978 to 2015. A new plan for development and operation (PDO) of Tor II was approved in 2019, and the field is now being developed with a subsea solution based on two seabed templates and a tieback to Ekofisk for processing and export. Plans call for production to begin in 2020.

West Linus is a jack-up facility of the Gusto MSC CJ70-X150A type, owned and operated by Seadrill. West Linus received an Acknowledgement of Compliance (AoC) from the PSA in 2014.