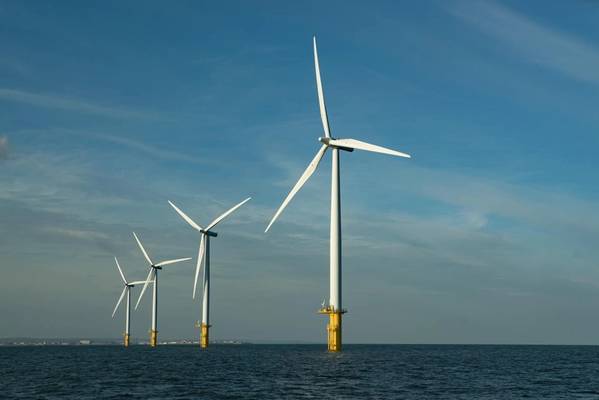 French utility EDF Group announced that its subsidiary EDF Renewables has launched the construction of the Scottish Neart na Gaoithe (NnG) offshore wind farm project along with the new partners, the Irish electricity company Electricity Supply Board (ESB), which is taking a 50% stake in the project.

The 450MW Neart na Gaoithe will consist of 54 turbines and will be located in the North Sea approximately 15 kilometers off the coast of Fife in south-east Scotland.

When fully operational, the NnG offshore wind farm will generate the equivalent electricity to power over 375,000 households each year, which corresponds to 4% of Scotland’s electricity consumption. This fully consented offshore wind project has a 15 year Contract for Difference (CfD) at £114.39/MWh in 2012 pound sterling, and grid connection agreements in place.

With all of the financial agreements now in place, EDF Renewables is launching full construction of the project and can announce some of the tier one contractors.

Siemens Gamesa Renewable Energy (SGRE) is the wind turbine generators supplier. It will provide the 8 MW turbine model;  Saipem is the turbine foundations supplier and installer; GE Renewable Energy Grid Solutions will carry out the supply the two electrical substations, plus electrical design work; Prysmian SRL will supply and install the export cables, both offshore and onshore; Deme Offshore has won the contract for engineering, procuring, constructing and installing the inter-turbines cables with offshore installation, and Fred Olsen Windcarrier will be delivering the transportation and installation of the turbines with offshore installation.

Construction of components is now underway, offshore construction will start in June 2020 and full commissioning will be complete in 2023.

EDF Renewables is also announcing its partnership with the leading Irish energy company ESB that is taking a 50% stake in the project. This operation will result in the consolidation of the project by equity method.

The EDF Group, via its subsidiary EDF Renewables, is a significant global player in the offshore wind market with a 5 GW portfolio of projects under operations and development, including  103 MW of offshore wind farms already operational in the United Kingdom (Teesside  with 62MW and Blyth with 41,5MW both in north-east England).

In total, the Group currently operates more than 13 GW of gross wind and solar capacity around the world, including nearly 1 GW  in the United Kingdom, and in addition of the 23 GW of hydroelectricity. The NnG project is consistent with the CAP 2030 strategy which aims to double EDF’s renewable energy globally between 2015 and 2030 increasing to 50 GW.