Wintershall Dea Norge has made a minor oil discovery in the the Scarabeo 8 drilling facility. As per preliminary estimates, the size of the new oil discovery in the North Sea is not commercially viable as it has less than a million standard cubic meters (Sm3) of recoverable oil.

The drilling program for well 6604/6-1 relates to the drilling of wildcat wells in production licence 894. Wintershall Dea Norge AS is the operator with an ownership interest of 40 per cent. The other licensees are Equinor Energy AS (40 per cent) and Petoro AS (20 per cent).

Scarabeo 8 is a semi-submersible drilling rig of the Moss CS50 MKII type, operated by Saipem Norge. It was built in Russia and Italy and put into service in 2012. 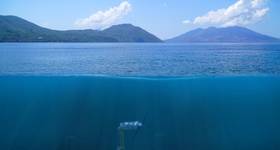