November: Month of Wind and Climate 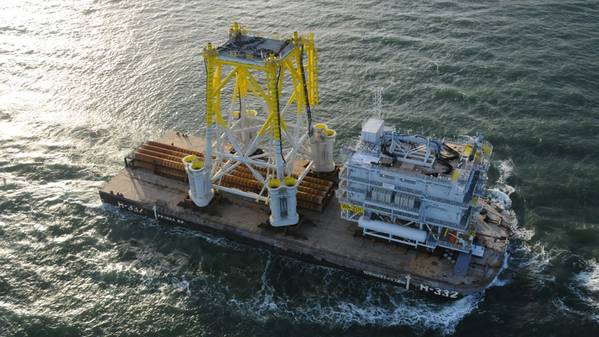 You might remember the Paris Climate Agreement entered into force in November 2016, and each country’s “green transition” experts on November 25, 2019, began preparing for the UN Climate Change Conference on December 2, 2019.

Solar powerhouse Spain will assist as Chile presides over a conference aimed at getting the world to emit less greenhouse gases. This time, those governments onboard with the deal aim to sharpen their climate action plans by 2020.

“Crucial climate action work will be taken forward in areas including finance, the transparency of climate action … technology” etc., the UN Climate Committee says. But, as an Australian negotiator to a climate conference in Bergen, Norway, once said, “Each country will invest in its strengths.”

That’s good news for the offshore wind and oil and gas segments. Having Norway, the UK, Denmark, The Netherlands and Germany investing in their strengths offshore is win-win.

While offshore wind covers less than 0.2% of the world’s energy demand now, that’s expected to increase to 30% by 2050. In its Energy Transition outlook 2019, DNV GL — on the heels of the IEA — forecasts that 30% of all global electricity production will come from wind by 2050, 12% of it from offshore wind.

In Norway, offshore wind has ensured work for Norway’s offshore shipping and shipbuilding industry, as well as its offshore builders. Offshore oil and gas suppliers tend to have an ear to the wind.

As the Chilean climate conference gets underway, so, too, will WindEurope Offshore 2019, the world’s largest offshore wind conference and expo. The Danish Wind Industry Association is co-host of the event, and DNV GL will use the event to launch its new report, Offshore Wind: The Power to Progress, a look at 12 things affecting the segment’s progress.

WindEurope itself says that 106 wind farms now dot the offshore zones of 11 European countries, dominated by the UK and Germany. In 2018, Europe connected 409 new offshore wind turbines to the grid across 18 projects, the advocacy says.

Now the Continent has 4,500-plus turbines connected to the grid, and 12 new projects were agreed in 2018. Total investment each year: no less than EUR 10 billion every year since 2015 (the Johan Svedrup oilfield was worth EUR 15 billion in contracts).

For the offshore supply chain, it might be worth putting an ear to what comes out of the Chilean meet-up. While the U.S. might have pulled out of the Paris deal — or never really been apart of it — the states of the U.S. Eastern Seaboard are still alight with offshore wind tender activity.

In Europe — apart from the key turbine makers like Siemens Gamesa Renewable Energy, MHI Vestas, GE Renewable Energy and Eolink — “climate” and “wind” are big business for the marine segment’s cable makers, cable layers and specialist service vessels. The grid owners are too numerous to note here, but E.ON and Equinor are notable offshore oil, gas and wind operator contacts.

Apart from being wind and climate month, November is also capital budget month. It’s a good time to get involved in the 2020 undertakings of this offshore segment.

You might want to start with a class society. They offer wind energy training courses and certification.