The Ministry of Petroleum and Energy has approved Chrysaor's purchase, said a stock exchange announcement.

Completion of the transactions is expected to occur no later than 31 December 2019, it said.

Last year, Chrysaor bought a 15 percent stake in the OKEA-operated PL038D license, containing the Grevling discovery. The acquisition was first announced in March 2018. 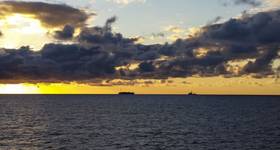