Edvard Grieg is the first platform on the Norwegian shelf where production data is shared with the partners via a cloud solution, operator Lundin Norway said.

In September, the platform became the first on the Norwegian shelf where real-time production data is shared freely with the partners via a cloud service. This allows licence partners to directly access production data from the field, for example visualized on panels.

“We want to take a leading role when it comes to openness on the Norwegian shelf. We believe that close cooperation and sharing real-time data among partners will contribute to optimize operations and strengthen our competitiveness as a company and, over the longer term, also the competitiveness of the Norwegian shelf,” said Lundin Norway’s Managing Director, Kristin Færøvik.

Through this cloud service, data is compiled from so-called master data systems. This could include information from production on Edvard Grieg about how pressure, temperature and flow rates change over time. This information is also compared with the maintenance history from the maintenance system and documents from Lundin’s document processing system. In time, additional types of information could also be incorporated, such as information regarding incidents from the HSE system.

“User-friendliness for the various master systems has been variable, even fairly cumbersome at times. For example, the document systems have functioned well for storage and version control of documents, while locating specific documents has been difficult and time-consuming,” said Kari Nielsen, Operations Director in Lundin Norway.

This information is now automatically collected and compared with the rest of the information one wants to retrieve from the systems.

“It’s not very optimal for users to have to deal with many different systems when, for example, they need to access information about a specific pump offshore. The new system now compiles all this information, so we only have to search in one place.”

Lundin Norway said it is also in dialogue with equipment suppliers regarding sharing of data linked to the equipment they have delivered to the Edvard Grieg platform. This initially applies to time series data, but the cloud solution also makes it possible to share other types of data, such as maintenance history. Granting such access to other companies has never been done before on the Norwegian shelf, according to Lundin Norway

“This transparency makes it easier to have a dialogue with the suppliers to confirm that their equipment is being run in a way that yields optimal performance, or whether adjustments should be made to prevent potential problems. Earlier it was common for dialogue to take place only after an incident occurred, and then using solutions such as Excel and PDF files. Now we can share this continuously with real-time data visualised in ways that were not possible just a few years ago,” Nielsen said. 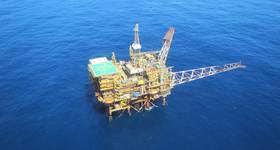