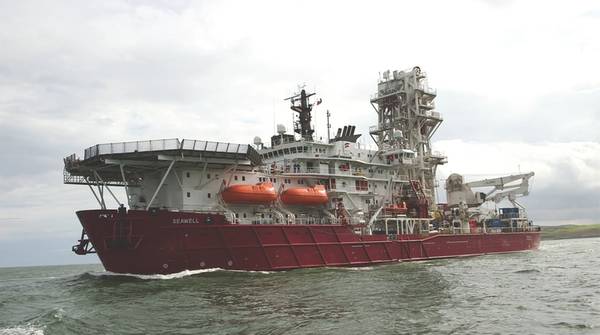 The North Sea oil and gas industry’s 50-plus year heritage now means that history is being revisited as facilities – including subsea wells – installed decades ago are decommissioned.

One is the first early production system tieback, which included the first Through Flow Line (TFL) subsea tree design. The well, in the Murchison field, was one of three early production subsea tiebacks installed in 1980 to support early production from Murchison ahead of the platform wells coming on stream. The well was shut-in and suspended in 1982 and remained untouched for 36 years as plans to decommission it were developed.

Using a drilling rig would pose some challenges on this older well design, including: a potentially weak well head, which would require the blowout preventer (BOP) to be supported; a lack of available BOP for the 13⅝-inch bore and a lack of available dual bore riser. Finally, there was also a requirement for diver support, again due to the age of the wells.

An alternative was to use a light well intervention vessel (LWIV) with onboard saturation diving capability, do deal with any unknowns. But, with old wells come complex issues, including tree valves that aren’t guaranteed to work, incompatible tree controls and the unknowns that come with a well that’s not been entered since 1982.

Helix Energy Solutions got involved using its Seawell LWIV, with onboard saturation capability. To ensure barrier integrity, a safety valve package was designed to supplement or replace the tree valves, and the incompatible tree controls were bypassed by installing remotely operated underwater vehicle (ROV) panels to the valve actuators. Wireline retrievable diverters, set above the production master valves to direct the pumped through toolstring into the well, were the first items to be recovered to allow vertical well access.

Once in the well, many of the expected problems were encountered and planned contingency operations were implemented to overcome the challenges. So, a project which was meant to involve 26 wireline runs to set two barriers in the well ended up with more than 40, including setting a combination of cement and wireline plugs, performing punches, drifts, fishing operations, etc.

The final stages included removing the subsea tree, and then the dual tubing strings were then cut 300 feet below the mudline using Eline in open water to allow the recovery of the tubing hanger along with the cut tubing. Once pulled clear of the well, the tubing was laid out on the seabed for later recovery.