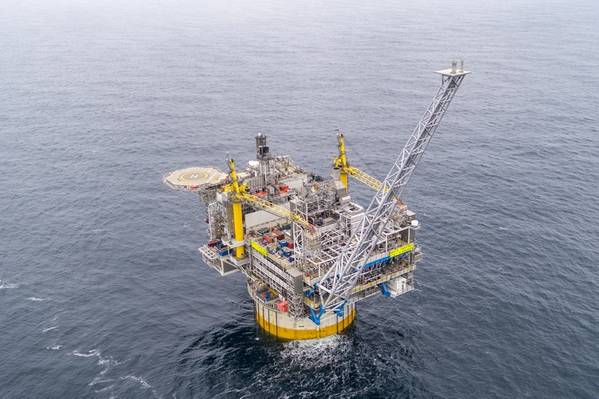 Located in the Norwegian Sea, Aasta Hansteen feeds gas into the Polarled pipeline together with the neighboring Snefrid Nord field. The gas is sent to Shell's Nyhamna plant, and in turn to Britain and the rest of Europe.

The two fields can produce a maximum of some 23 million cubic meters (mcm) of gas per day, but their production has already reached at times 25 mcm/day, Equinor and Gassco said.

"Aasta Hansteen plateau is on approximately 23 mcm/day, but in periods it's been tested with higher capacity and reached for some time, during these periods, 25 mcm/day," said a spokesman for Equinor, the field's operator.

"The 25 mcm/day reference on the reduced availability list refers to Gassco's experienced daily availability from the Aasta Hansteen 'gas-hub' including Snefrid Nord," said a spokeswoman for Gassco, the North Sea gas infrastructure operator.

As a result, Gassco now calculates an effect of 25 mcm/day for its published annual maintenance planning for Aasta Hansteen, for this year and 2020.

Equinor is the operator of the Aasta Hansteen field with an ownership interest of 51%. The other licensees are Wintershall DEA with 24%, OMV with 15% and ConocoPhillips with 10%.

The combined reserves of Aasta Hansteen and Snefrid North are together estimated at 55.6 billion cubic metres of gas and 0.6 million cubic meters of condensate (353 million barrels of oil equivalent).